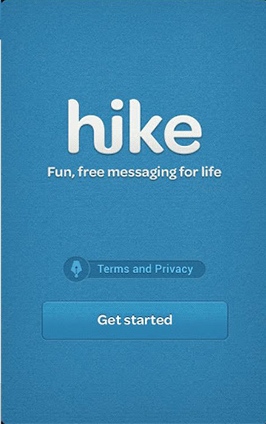 Everything is changing globally. With the advent of technology you can find that the number of messenger Apps available for Android and iOS have increased to a good extent. Now Hike Messenger App has become the most downloaded App not only on Google Play Store, but also on iOS App Store. Becoming the top downloaded free App is a big achievement which Hike messenger has got. This success and popularity of Hike Messenger will definitely increase the competition among the messenger Apps in India. Getting More Downloads than WhatsApp is a Big Achievement

WhatsApp Messenger is one of the most used messenger Apps worldwide. It is really nice to see that Hike is giving very good competition to WhatsApp in India. Previously WhatsApp seemed to be getting the most downloads, but now you can see Hike App listed before WhatsApp in the category of ‘Top Free in Android Apps’.

Daily 3,00,000 people are downloading Hike messenger which is really a very big number. It’ll be interesting to see whether Hike messenger will keep getting more popular. WhatsApp was purchased by Facebook a few months ago, and now it’ll be interesting to see that which steps will be taken by Facebook for making WhatsApp again get on the top of Charts of free downloaded Apps.

Big Role has been played by Marketing Campaigns

Marketing has become one of the most important things for promoting any product. Marketing is one of the reasons which has made Hike messenger get such huge number of downloads.

$14 Million funding received by Hike App is one of the reasons which has improved Hike messenger and good amount has been spent also for the marketing campaigns.

Features of Hike App which May Impress You

Hike Messenger App has improved a lot, and you can find many new features have been provided. Some of the features of Hike Messenger which I really like are as follows

According to me, support for different Indian languages is one of the main reasons which has made Hike messenger get so much success in India. Everyone may not be comfortable in typing in English, but some people just love to type in their own language. This is a reason that Hike messenger is liked by everyone.

You can easily share files up to 100MB using Hike messenger.

With Hike messenger, you can easily hide the last seen data. This can be useful as you may not like certain friends knowing that you were recently active on Hike.

Not only these features, but you may find that Hike messenger may soon get some more amazing features in future.

According to me, this is definitely one of the reasons which has given Hike Messenger get so much success recently in India. There are many people who still use 2G internet only, as 3G internet costs more than 2G internet. Even the number of people who make use of low-end smartphones is very high in India.