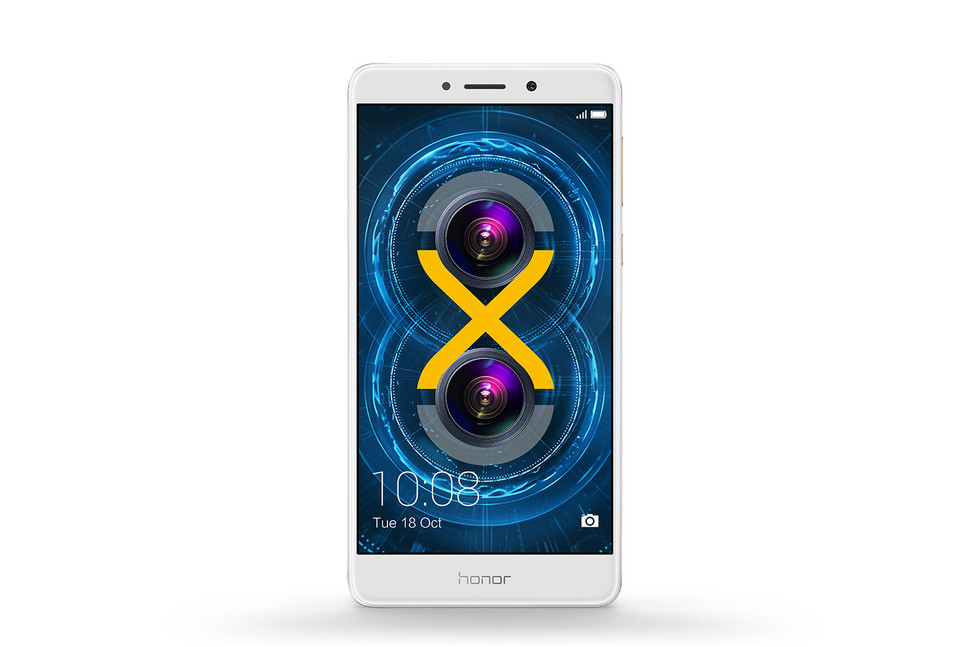 Huawei Honor 6X smartphone runs on EMUI 4.1 which is based on Android 6 Marshmallow operating system. This Huawei device will get EMUI 5.0 based on Android Nougat in future. Honor 6X has got metal body and it comes with Hybrid dual SIM (nano SIM) slots. You can make use of the second SIM slot as a microSD card slot. Huawei Honor 6X has got 2 cameras at the rear side, one is a 12MP camera and another one is a 2MP camera. The combination of dual cameras is something which will make you take best quality pictures using this smartphone. You can record FHD videos which is one of the pros. Wide aperture mode and many other good camera features are provided by Huawei. The front camera provided in Honor 6X is a 8 megapixel camera.

Connectivity features available in 6X are 2G, 3G, 4G LTE, VoLTE, GPS, WiFi and Bluetooth. There is a finger print sensor provided at the back of this device. 3340 mAh battery has been provided by Huawei in Honor 6X.

Combination of 3GB/4GB RAM and Octa Core processor shall allow you to play many good high end games on this smartphone. You may read some reviews if you’re considering to purchase this smartphone especially for playing Android games.

The sensors provided by Huawei in Honor 6X are Accelerometer, Proximity, Light, Magnetic, Gyro and Hall.

Honor 6X comes in 3 colours which are Grey, Silver and Gold.

Honor 6X supports 14 regional Indian languages which is a plus point. The 3GB RAM variant of Honor 6X is priced at Rs 12,999, while the 4GB variant is priced at Rs 15,999. 3GB variant is going to be available at Amazon only, for which you’ll need to register until 31st January and the first flash sales is on 2nd February, 2017. Do let me know your opinion about Huawei Honor 6X and which smartphone under Rs 15,000 you find to be better in comparison to Honor 6X?