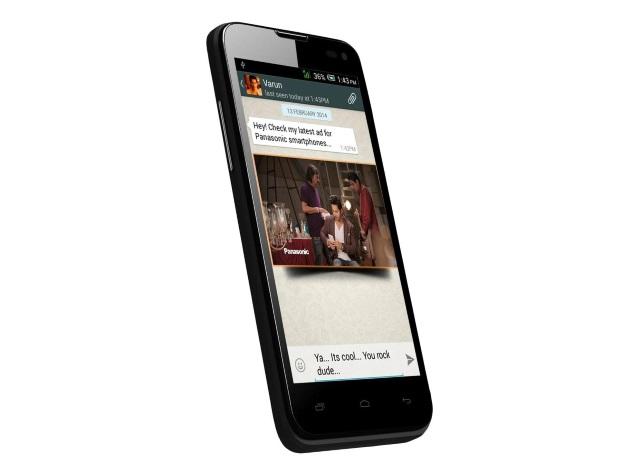 After Motorola’s Moto E and Asus’s Zenfone 4, it is Panasonic T41 Android smartphone which is now available at the affordable price of Rs 7,999. It is nice to see a company like Panasonic trying to compete with other companies by launching its low budget Android smartphone T41. You may definitely be thinking to compare Panasonic T41 with Moto E and Zenfone 4. In this post I’ll let you know the features, quick review and other details about Panasonic T41. After going through the features of this smartphone, you may immediately purchase it from HomeShop18.

Like most of the other low budget Android smartphones, Panasonic T41 also works on latest Android 4.4.2 operating system. My Quick Review on Panasonic T41

If you liked the features and review of Panasonic T41, then you can immediately decide to Buy Panasonic T41 from HomeShop18. It’ll be interesting to see that whether Panasonic will launch more affordable Android smartphones in future. This smartphone is still now not available at Flipkart or Amazon, but in the future you may find Panasonic T41 to be available at other shopping sites too. Will you think about purchasing Panasonic T41? OR Whether you’ll still decide to purchase popular low budget smartphone Moto E?