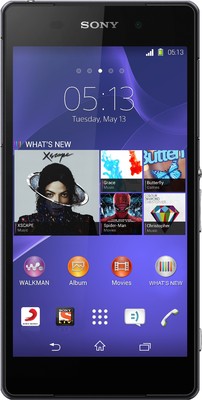 G3 is the latest flagship smartphone launched by LG. This smartphone is getting famous because it comes with the best features. LG G3 can be definitely compared with Sony Xperia Z2 as both the smartphones come in the same price range. Now I’ll compare the features of LG G3 with Sony Xperia Z2. This comparison is very important as will help you in deciding that which high budget smartphone is worth purchasing. You’ll be spending almost around Rs 50,000 to buy LG G3 or Sony Xperia Z2, and that’s why you should know that which one is a better option. Check Out : Comparison of Best Tablets

The most interesting thing for you will be knowing that which smartphone out of the 2 has got the best camera features.

Sony Xperia Z2 has got 2.2 megapixel camera in the front, while LG G3 comes with front facing camera of 2.1 megapixel. Sony Experia Z2 comes with 3200 mAh battery. With Xperia Z2 you can get talktime of 15 to 19 hours which is decent enough. LG G3 comes with 3000 mAh battery which can provide talktime up to 21 hours. Battery test of LG G3 and Xperia Z2 shall help you in knowing that which smartphone lasts longer.