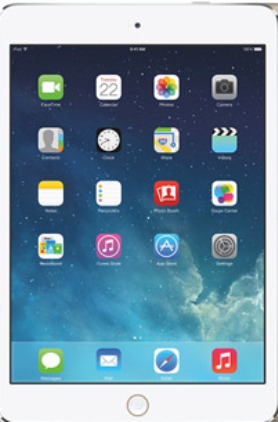 We all love tablets and one of the tablets which Apple has launched is Apple iPad Pro. It seems to be better than other iPad models as it comes with 12.9 inch screen, powerful processor and other good features. The 32GB WiFi version is priced at $799 only. You’ll get to know the price of other variants of iPad Pro in this post. Apple has also launched 2 special accessories for the new iPad Pro. One of the accessories is the Apple pencil which is priced at $99, while the other accessory is the smart keyboard which can work with iPad Pro. The new smart keyboard for iPad Pro will be getting available at price $169. Apple iPad Pro is definitely going to be one of the best tablets for those who can spend around $800 to $1000. Apple has also launched new iPhones starting from $649.

Apple iPad Pro looks awesome as it is just 6.99 mm thick. It is provided with 4 speakers and you’ll be able to use it very comfortably by attaching the smart keyboard which you may purchase with this new Apple iPad tablet. iPad Pro works on the latest operating system by Apple which is iOS9. Apart from the 32GB variant, 128GB version is priced $949 only. One more special variant is the WiFi + LTE variant which is priced at $1079. This variant provided with LTE comes with 128GB.

The most amazing feature is the powerful processor which is A9X processor. The A9X third generation chip comes with 64 bit architecture making it provide the best performance. Apple has claimed that it is 1.8 times faster than the previous iPad models. It is even said to be faster than PCs. It is provided with M9 motion coprocessor. The brilliant performance of iPad Pro may make it a tablet that everyone may want to purchase online. As per the info available, iPad Pro comes with 4GB RAM making it a better option than other best tablets.

It comes with 8 megapixel iSight autofocus rear facing camera which may be very useful for you for doing video calling. Some of the rear camera features are Face detection, Panorama, HDR photos and burst mode. It comes with 1.2 megapixel FaceTime HD camera having face detection, backside illumination and other good features.

iPad Pro comes with connectivity features which are Wi-Fi, Bluetooth. You may go for the LTE variant if you need faster connectivity. It is provided with touch ID finger print scanner which may provide you with good security. The LTE variant comes with Nano-SIM support.

With iPad Pro, you’ll be able to get good battery life. You shall be able to surf the web, watch videos, listen to music up to 10 hours continuously and 9 hours of surfing using cellular data network.

People with less budget may definitely go with the 32GB WiFi variant priced $799. The best variant is definitely the WiFi + LTE variant at price $1079. It will be interesting to see that whether people will go for the new iPad Pro when they also have the option to go for the less expensive iPad models which includes iPad Air 2, iPad Air, iPad mini 4 etc. Which variant of Apple iPad Pro you’re thinking to buy for yourself?