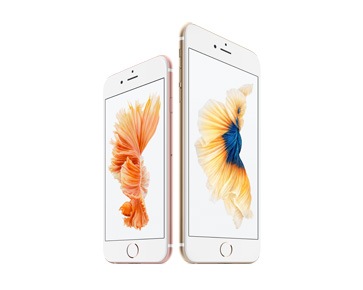 Both of them come out of the box with iOS9. Check Out – Asus Zenfone 2 Laser Variants in an Affordable Price

These 2 new iPhone models are very powerful as they are provided with Apple A9 64 Bit processor and even a co-processor which is M9 is provided by Apple. The new A9 chip is very much faster than the A8 chip which is surely going to attract people towards these new Apple iPhones. As per what I got to know by going through different posts, both seem to be provided with 2GB RAM.

12 Megapixel Camera Provided in iPhone 6s and 6s Plus

So lets see if Apple this time has provided camera features which people will like as per the price. iPhone 6s and 6s Plus both are provided with 12 megapixel iSight rear facing camera which can record 4K videos. The front facing camera is a 5 megapixel camera. There is no Flash provided to the front camera, but the smartphone sceen lightens up in a special way and it may work as a flash for you while talking selfies. The LED screen working as the flash light for the front camera may definitely make customers experience something new. You’ll really love the touch ID finger print scanner provided in both the new Apple smartphones. This time the scanner has got 2x times faster and you’ll be able to find that it scans the finger print perfectly and much faster than before. It will be interesting to see that whether users will consider it as the best finger print scanner.

For making this new iPhone models provide the best performance, Apple has provided 3D touch technology. Due to the presence of this technology, the display screen can take 2 type of inputs which includes tap as well as press.

3G, 4G, Wi-Fi, GPS, Bluetooth and NFC are the connectivity features provided in all 3 variants of iPhone 6 and 6s Plus.

Both the new iPhone which are iPhone 6s and iPhone 6s Plus will be first getting available in 12 countries which excludes India.

16GB, 64GB and 128GB variant of iPhone 6s is priced at $649, $749 and $849 respectively, while the same variants of iPhone 6s Plus come at $749, $849 and $949 respectively. Depending upon your choice and your budget, you may decide to buy the particular variant of one of these 2 new iPhone models. They will be getting available in colors which are Silver, Gold, Space Grey and Rose Gold.

You may be soon able to buy iPhone 6s and even iPhone 6s Plus online in India soon.

iPhone 6s and iPhone 6s Plus may definitely get many customers in India too which is especially because of the improvement in the features. People may definitely try to find out the pros and cons of these 2 new iPhones. I’ll love to know your opinion about both of them. If you’re going to buy any one of them, then do let me know that whether you’ll be going with the 16GB, 64GB or 128GB variant.