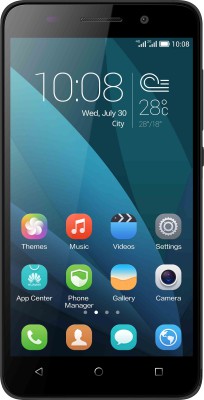 Huawei Honor 4X has got a new competitor and it is none other than Lenovo A7000 smartphone. Lenovo which has got good success with A6000 and now it is ready to again create a hype as A7000 has got launched. Lenovo A7000 is priced Rs 8,999, while Huawei Honor 4X comes at the price of Rs 10,499. If you want to buy a best 4G Android smartphone in Rs 10,000, then definitely you need to choose one of these Android smartphones for yourself. In this post I’ll do the  comparison of Lenovo A7000 and Huawei Honor 4X. The comparison of features of these new 4G smartphones may definitely help you in picking the best 4G smartphone for yourself. Both Provided with 5.5 inch Display Screen

The difference in the processor of the smartphones is noticeable. Huawei Honor 4X works on 1.2GHz Quad Core Qualcomm Snapdragon processor, while Lenovo A7000 runs on powerful 1.5GHz 64 Bit Octa Core MediaTek processor. Benchmark scores make Lenovo A7000 win, but the performance of Honor 4X is also not bad.

When it comes to front facing camera there is no difference as both of them are provided with front camera of 5 megapixel. You may definitely like the Auto Beautification and 5 snap modes feature provided to the front camera of Lenovo A7000. Both smartphones have got the same type of connectivity options and that’s why there is not much to differentiate.

For now both smartphones can be bought through flash sales only. Go to the purchase page of the smartphone of your choice to register for its next flash sales. Still now the first flash sales of A7000 hasn’t happen and that’s why you’ll get many opportunities to buy A7000 for yourself.

There is definitely going to be good competition between Lenovo A7000 and Huawei Honor 4X. I hope that now you’ll be able to easily select between these 4G smartphones. I’m expecting Huawei to soon launch one more Mid Budget 4G smartphone as the competition will keep on increasing. Which 4G Android smartphone you’ll buy for yourself?