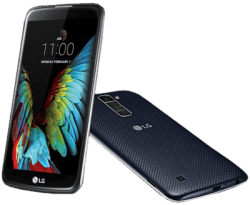 LG has announced the launch of K10 LTE and K7 LTE in India. Both the smartphones with 4G LTE connectivity support VoLTE. The price of LG K10 LTE is Rs 13,500, while the price of K7 LTE is Rs 9,500. You may go for any one out of the 2 as both work on Android 5.1 operating system. LG K10 and K7 are made in India smartphones and LG must be expecting both of them to get huge success in India. Comparison of K10 LTE and K7 LTE may make you decide that whether you should purchase LG K7 LTE at Rs 9,500 or purchase K10 LTE by spending little more. Both the K series smartphones were launched previously at CES 2016 and many people were awaiting its launch in India.

Both LG K10 LTE and K7 LTE are Dual SIM smartphones working on Android 5.1 operating system and they will also get the update in the future. LG K7 LTE weights at 140 grams, while K10 LTE weights at 141 grams. You won’t be disappoint with the color options as both are going to be available in 3 colors. K7 LTE will get available in Titan, White and Gold colors, while K10 LTE comes in Indigo, Gold and White colors.

The manufacturing of K10 LTE as well as K7 LTE have started in India. A good thing is that the customers will be getting free smart flip cover with both the smartphones. Do let me know whether you’ll go for the affordable K7 LTE or purchase K10 LTE because of the better featur