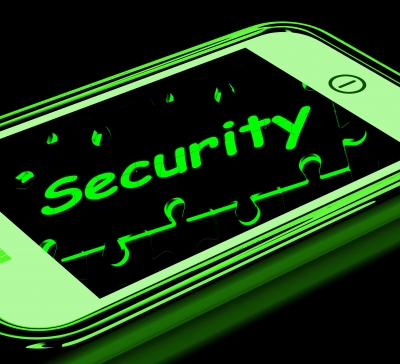 Here are the Best tips for Improving your Smartphone’s Security. One of the mistakes which smartphone users make because of lack of time and to save data connectivity expense is that they don’t download new OS updates regularly. You should try to install operation system updates regularly as that will make your smartphone become more secured. If you won’t install new updates, then it is quite possible that your smartphone may get vulnerable to new smartphone security threats.

Not only Android users, but also iPhone users should also download operating system updates as and when they are available.

2. Turn Off Bluetooth and GPS

You may have paired your smartphone with other smartphone to transfer files using Bluetooth. A mistake you may be making is that you have not switched off the Bluetooth connectivity. You should immediately turn off your smartphone’s Bluetooth and at the same time avoid making the same mistake again.

Other important thing that you need to do is that you should try to turn off GPS when you’re not using it.

3. Make Use of Screen Lock Feature

4. Install a Good Antivirus in Your Smartphone

Many good free and paid Antivirus are available for Android smartphones, iPhone, Windows smartphones etc. You should just make sure that you keep scanning your smartphone regularly.

5. Try to Download Apps from Google Play Store Only

If you’re making use of an Apple iPhone, then you should try to download Apps from Apple App store only. Downloading Apps from other unapproved sources may make your smartphone vulnerable to virus, malware and other security threats.

If you’re not checking Apps Permissions that some Apps are asking for, then you’re definitely making a security mistake. If a simple App is asking you permission to access your contacts or images, then you should definitely think that what could be the reason.

One of the mistakes which many smartphone and desktop users also do is that they click on unknown links. If you receive any unknown link through a SMS or an email, you should never click on it. It can be quite possible that a software containing virus or some other security threat problem may immediately happen just after clicking on an unknown link.

Once your smartphone is rooted, it may become more vulnerable to virus as well as malware.

Only a person who is expert and has complete knowledge should think about rooting an Android smartphone. If you really care about your smartphone’s security, then you should definitely avoid rooting your smartphone.