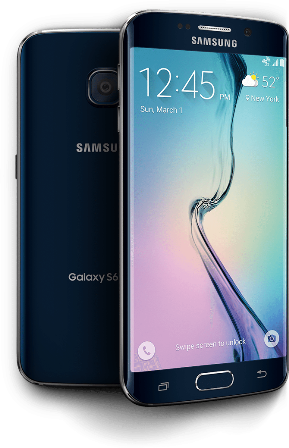 Both Samsung Galaxy S6 and Galaxy S6 Edge run on Android 5.0 Lollipop operating system. It seems that Samsung now understands that people will spend money for buying a high budget smartphone only if it has been provided with all the latest features. The much awaited Galaxy S6 is provided with a new type of design. You’ll feel amaze to know that Galaxy S6 comes with complete glass finish. I’m surprised to know that Gorilla Glass 4 layer is present not only in the front, but also at the rear side of this Samsung smartphone.

As per what I have get to know, the curved Edges provided in Galaxy Edge makes it possible to know the notifications without even unlocking the smartphone.

Samsung Galaxy S6 and Galaxy S6 Edge both are very powerful smartphones as they are powered with 64 Bit Exynos OCta Cote processor. Octa Core processor provided in both the smartphones is definitely a powerful one as it combines 2.1 GHz Cortex A57 Quad Core and 1.5GHz Cortex A53 Quad Core.

Both the smartphones are provided with 3GB RAM which is definitely again one of the pros of Samsung Galaxy S6. You’ll be able to find that both Galaxy S6 and Galaxy S6 will get available with 32GB, 64GB and 128GB variants. There is no external memory expansion option available with both these new Galaxy series smartphones. With Samsung Galaxy S6 and S6 Edge you’ll get connectivity options which are 2G, 3G, Wi-Fi, Bluetooth 4.1, NFC, IP Remote, USB 2.0 etc. The most amazing thing is that Galaxy S6 has also got support for MST mobile payments.

You’ll need to wait until April 10 for knowing the perfect price of Samsung Galaxy S6 and Galaxy S6 Edge. Both the smartphones are going to be available in 4-5 different colors. If you have low budget, then you can check out Samsung’s smartphone under Rs 15,000.