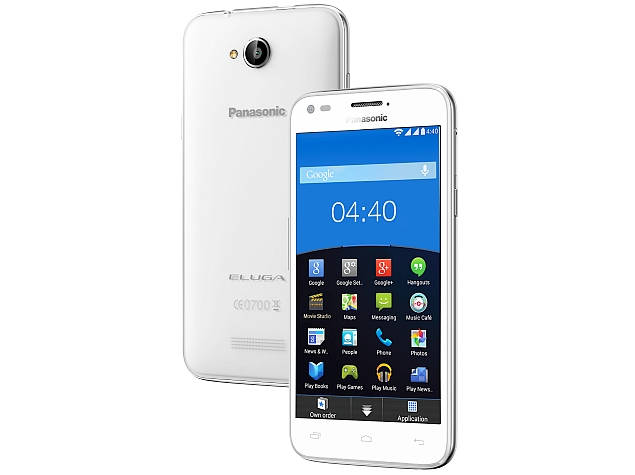 After getting success with Panasonic Eluga S smartphone, Panasonic has launched Eluga S Mini at the price Rs 8,990. As many good 4G smartphones are available in the price range of Rs 7,000 to Rs 10,000, it will be interesting to see that whether Eluga S Mini will be able to get success like some of the other Panasonic smartphones. Panasonic S Mini is priced lesser than the original Panasonic S, but people now expect very good features in any smartphone which comes in this price range.

Panasonic S Mini comes with 4.7 inch HD display screen having resolution of 1280 x 720 pixels. As per the info available, no Glass protection is provided to the display screen of Eluga S Mini. As Mini word is added to the name of this smartphone, 4.7 inch can be said to be a good display screen size. Panasonic Eluga S Mini is powered with 1.4GHz MediaTek Octa Core processor. Eluga S Mini comes with 1GB RAM and internal memory of 8GB. You’ll be able to get external memory up to 32GB by making use of microSD card.

The main pro of Eluga S Mini seems to be the good camera features. It comes with rear facing camera of 8 megapixel having LED flash. This Panasonic smartphone is provided with front facing camera of 5 megapixel. With Eluga S Mini you also get the Blink Play feature which will make you take selfies easily just by blinking one of your eyes.

The connectivity features which you get with Eluga S Mini are 2G, 3G, Wi-Fi, Bluetooth and GPS. 4G connectivity is missing which is something people are already talking about.

Panasonic Eluga S Mini comes with 1980 mAh battery which according to me is one of the cons of this smartphone as nowadays Android smartphones which are priced similarly come with minimum of 2300 mAh/ 2400 mAh battery.

Light sensor, accelerometer and proximity sensor are available in this smartphone. One of the pros is that Eluga S Mini supports 21 Indian languages which will make a good option for many.

Panasonic Eluga S Mini is an affordable Android smartphone which will be definitely purchased by people who like Panasonic’s products. I hope that Panasonic will soon launch some 4G Android smartphones under Rs 10,000 in India. Panasonic Eluga S Mini is going to be one of the best options for those who don’t like very big screen size and want to take best selfies with their friends by making use of feature like Blink Play.