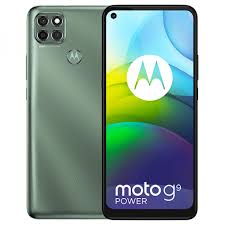 Motorola has launched many new smartphones in India at the end of the year 2020. Moto G9 Power is a 4G device, and it has even launched its first 5G smartphone in India which is Moto 5G smartphone.

The display screen is impressive as it is a large 6.78-inch HD+ display screen. It comes out of the box with stock Android, and it is powered by Qualcomm Snapdragon 662 processor. The processor seems to be powerful and most of the popular games will work smoothly.

The rear camera setup of Moto G9 Power is one of the pros, but you definitely need to check out the quality. As per the reports, some of the users are not completely happy with the rear camera.

The main rear camera is a 64MP main camera with Quad Pixel technology. There is also a 2MP macro lens and a 2MP depth sensor.

The front camera of Moto G9 Power is a 16MP camera. As it is a selfie camera, there are many good features that will allow you to click the best selfies. Some of the best front camera features are Auto Smile Capture, Face Beauty, HDR, Group Selfie, Gesture Selfie, Timelapse video, etc.

All the connectivity features are available, and one of the main reasons could be that it also includes NFC. You’ll find that most of the 4G LTE smartphones in the price range of Rs 12,000 to Rs 15,000 don’t include the NFC feature.

This Motorola smartphone comes with a 6000 mAh battery. If you have medium usage, then the battery shall last up to 2 days once it is fully charged.

If you’re looking for smartphones in Rs 12,000 with a powerful battery, then you may not be able to find a smartphone with a better battery than this one. 20W fast charging feature is yet another feature that you’ll find in this Motorola device. 20W TurboPower charger comes along with the Moto G9 Power smartphone.

There is a fingerprint scanner, but it is rear mounted. One of the pros of Moto G9 Power is also the IP52 water and dust protection.

Moto G9 Power comes in 2 colors which are Metallic Sage and Electric Violet.

You can go through the specs of Motorola Moto G9 Power if you want to immediately make the decision to purchase Moto G9 Power.

You can purchase Moto G9 Power from Flipkart. If you have a higher budget, then you can go for the Moto G5 smartphone. Moto G5 is getting a lot of popularity as people have been waiting for the launch of new 5G smartphones in India. 5G smartphones are provided with the best features, and that’s why they are better in comparison to some of the other flagship smartphones.

Moto G9 Power has got many good reviews, but some people even have the opinion that the camera quality could have been a little better.

Redmi Note 9 Pro and Realme 7i are the alternatives to the Moto G9 Power smartphone.

Moto G9 Power is one of the best options for people searching for smartphones with a large display and powerful battery in the price range of Rs 12,0000 to Rs 15,000. Will you buy the Moto G9 Power smartphone?