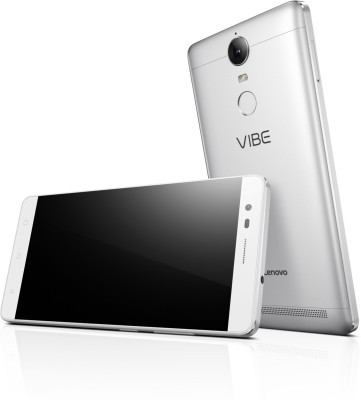 Lenovo Vibe K5 Note is the new Lenovo smartphone gaining lot of popularity as it comes with secure zone. Lenovo K5 Note has launched in 2 variants. The 3GB variant of Lenovo Vibe K5 Note comes at price Rs 11,999, while the 4GB RAM variant is priced Rs 13,499 only. The open sale of Lenovo K5 Note has started from 3rd August, and many people may decide to purchase this new Lenovo smartphone. Lenovo has also launched a new variant of Lenovo K5 Plus smartphone. Vibe K5 Note is powered with 1.8GHz 64 Bit Octa Core MediaTek processor and Mali T860 GPU. It comes with internal storage space of 32GB and one can get external memory up to 128GB with this smartphone. Vibe K5 Note comes with option of 3GB and 4GB RAM.

Lenovo has provided finger print sensor at the back of this smartphone.

One of the best features of K5 Note smartphone is that it comes with 3 mic system and Wolfson audio technology. You’ll be able to do sound recording in the best way using Vibe K5 Note.

There are 3 color options available for people interested in Lenovo Vibe K5 Note are Black, Gold and Silver.

Vibe K5 Note has got different sensors which are Accelerometer, Proximity, Ambient Light and Digital compass.