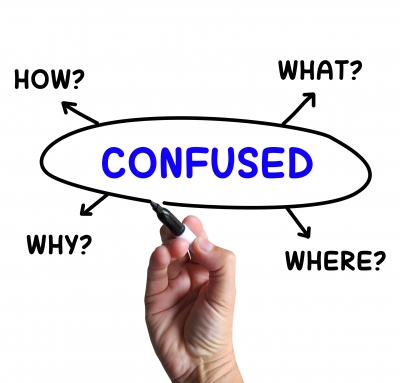 Selling a old gadget online or offline can make you have a bad experience, but nowadays solutions like Cashify have made things changed totally. People are having a very comfortable experience while selling their gadgets online. New websites that allow us to sell smartphones online have made life easier, but we still remember some of the bad experiences faced while selling our used gadgets.

Here is one of the worst experiences that I had while selling a smartphone online.

One of the worst experiences that I had was while selling a smartphone online on a website which allows users to buy and sell smartphones.

I met this person (name undisclosed) who said that he will pay me Rs 5,000 for my old Samsung device, and it will be in 2 installments. The first installment will be immediate, and then another payment after using the smartphone for 5 days.

I agreed to him because this guy didn’t live very far. So I got very happy when I got Rs 2,500 immediately, and was promised by him that he will pay the remaining amount after 5 days. I agreed to him thinking that he is a college student and he wants this device.

After 5 days, I contacted him and requested him to make the pending payment. He avoided me for 15 days saying that he is busy with studies. Almost after a month, he returned the smartphone and asked me to return the cash as he has decided to purchase a new smartphone.

His words made me totally confused that what I should tell to him and I started thinking about the next step that I should take. Image Credits to arthur84 at FreeDigitalPhotos

I wanted to shout at him, but as he seemed genuine I decided to give back the money he had paid to me. I thought to say that I won’t return the money as he had used my smartphone for 20 days, but then he might have cried or even said that he will bring his parents to talk to me. I just didn’t want to waste time explaining his parents the promise he made to me, and that’s why I immediately moved on from there after receiving my device.

This experience made me realize that one should always ask complete payment while selling any old gadget as many times people come up with a new decision.

Another experience that I had while selling another smartphone was while trying to sell a Lenovo smartphone.

This time I was trying to sell an old Lenovo smartphone which I had used for a year. I made the decision to sell it immediately to get some more cash for Diwali shopping. I kept on going to different stores in a shopping mall where old mobile phones are purchased, but most rejected it just because I didn’t have the original box and the charger. Some were ready to purchase the Lenovo device, but they tried to fool me by offering a very low price.

I really didn’t like such excuses that they can’t purchase the device because original box is not there. In the end, I got frustrated and I had to sell the smartphone for Rs 1,000 lesser than the minimum price I expected to get for the device.

How Cashify is Bringing a Big Change?

Now I won’t have to go through any such bad experience because Cashify is going to be the perfect solution for me. Let me explain you that how this will be possible.

I won’t have to waste time as Cashify will help me to get instant quote for any of my old gadgets. Another benefit is that they guarantee assured sale which means that I won’t be disappointed.

The most amazing thing about Cashify is that they provide hassle free doorstep pickup as well as On spot payment for old gadgets.

You won’t have to travel anywhere to deliver your gadget and there will be no requirement of waiting for few days to get the payment for your device.

Cashify is running a special offer for its users. This offer will allow you to get additional Rs 250 on the sale of any of your gadgets which includes smartphones. For availing this offer, you’ll need to make use of the coupon code “CLEANCASH” to get additional Rs 250 while selling a gadget at Cashify. Cashify regularly comes up with such special offers as it wants its users to #CleanupCashout as regularly as they can.