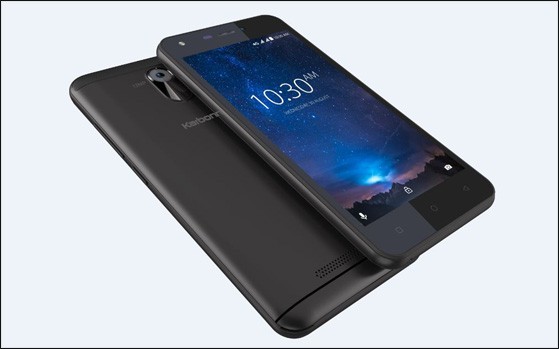 Titanium Jumbo VoLTE comes with Dual SIM support. As it supports VoLTE, you’ll be able to make use of any SIM card. The design of this Karbonn smartphone is impressive as it comes with painted finish and good built quality.

Titanium Jumbo comes out of the box with Android Nougat operating system. The display screen is a 5 inch screen having resolution of 1280 x 720 pixels.

This device comes with 1.3GHz Quad Core processor. Internal storage space of 16GB has been provided by Karbonn, while one can get external memory up to 64GB using microSD card.

The rear camera which Karbonn has provided is a 13MP camera with LED flash, while the front camera is a 8MP camera. The front camera seems to be good as per the price which is within Rs 7,000. The camera features provided in this device are Panorama shot, continuous shot and face detection.

If you’ve a very low budget, then you should check out Karbonn A40 Indian smartphone launched in partnership with Bharti Airtel. It comes under Rs 3,000 at price Rs 2,899, while you’ll get total refund of Rs 1,500 in a period of 3 years. The first refund will be given after 18 months and another refund after 36 months. A person purchasing Karbonn A40 Indian device will be able to claim refund only if he does continuous recharge of Rs 169 every month.