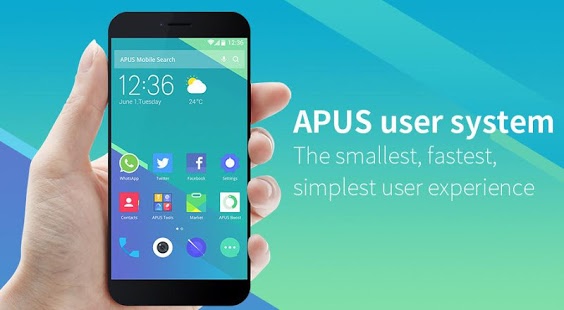 APUS launcher which has got lot of downloads is one of the Android launchers which you should try out for getting a very fast experience. One of the best features of this top Android launcher is that one gets the option to make use of smart folders. You’ll be able to categorize different Apps and games easily with the use of APUS launcher. You’ll be also able to boost your smartphone by cleaning your smartphone’s RAM. Radar provided in APUS launcher will help you in finding the trending Apps easily. There is even a Power+ feature provided in this top launcher for extending battery life. It has got 4.5 rating on the Google Play Store. Hola launcher having size 2GB is one of the very popular Android launchers which comes with 3D themes. One of the main features of this launcher which is one of the top Android launchers of this year is that it will allow you to hide Apps easily. You just need to swipe with 2 fingers for hiding the Apps that you don’t want to be visible to others using your smartphone. You may definitely love the 3D themes which you’ll be able to get with this amazing launcher. Cobo Launcher is one of the free Android launchers which is very easy to use. Searching local information will become very easy for you as you’ll be able to search easily using the smart search feature. Cobo launcher will provide your folders with different dynamic effects. As this is a new launcher for Android smartphones, the developers of this launcher have integrated instant messaging feature using which you’ll be able to give your suggestion to the developers.

Go launcher with more than 200 million downloads on the Play store is one of the most preferred launcher for Android mobile phones as it comes with variety of themes and HD wallpapers. You’ll be even able to find gesture, widgets and different tools for making your smartphone’s screen look amazing. There is even an App management feature provided in Go launcher which will allow you to hide as well as lock Android Apps. CM launcher which is a very fast and safe launcher can be a good launcher if you want to get secure experience as it comes with a very good antivirus. It will also automatically organize the Apps into different folders which will be according to the way you’re using them. It has got 4.6 rating at the Google Play Store which means that there is going to be lot of competition faced by the other new launchers. Next Launcher 3D is one of the best 3D Android launchers and it comes with different 3D functions. 3D scenes which you’ll be able to experience with this launcher will make you like this launcher more than the other launchers. Everything gets 3D as it comes with 3D themes, 3D widgets and 3D panel. Easy App management by making use of gestures is also one of the amazing features of this 3D launcher. Get Nova Launcher for Free Smart Launcher 3 comes with good material design and that’s why it won’t use your smartphone’s RAM and battery like some of the other heavy launchers may be doing. It will easily sort your Apps as per the available different categories. Even a security feature for hiding the Apps is available. Smart launcher 3 may soon become more popular like some of the other launchers available for Android mobile phones.