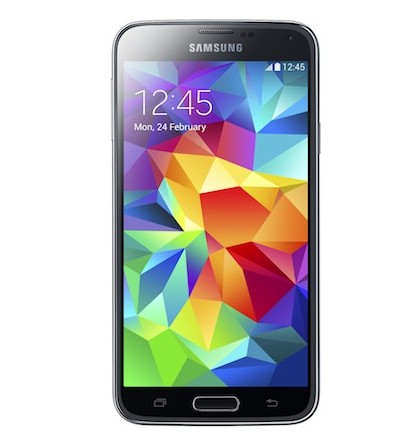 Samsung Galaxy S5 has 16 megapixel camera which comes with LED flash and BSI sensor. The amazing thing about the Samsung Galaxy S5’s camera is that it comes with 4K video recording feature. Selective Focus and Virtual Tour Shot are some of the camera features which you may really love.

The front camera provided in Samsung Galaxy S5 is a 2.1 megapixel camera.

Samsung Galaxy S5 comes in 2 different versions which are 16GB and 32GB version. You can also get external memory up to 64GB with the use of microSD card.

Another connectivity feature is Download Booster which will allow to use LTE and Wi-Fi combined for downloading stuff very fast on Samsung Galaxy S5. Download Booster is something very new for me and I think that those who download lot of stuff may want to buy Samsung Galaxy S5 just because of this feature which will make downloading speed very fast.

Also Check Out : Nokia’s X series Smartphones which are based on Android Open Source Platform

Don’t like others using your smartphone? You should check out the amazing feature finger print scanner if you don’t want your friends to use your Samsung Galaxy S5. This secured screen locking feature is really good for safety purpose.

S Health 3.0 Feature which will be beneficial for everyone

Everyone wants to live a healthy live. Samsung has taken really good care this time by providing some of the really cool features for making you live a healthy life. There is Pedometer, tool to record your exercises and many more tools provided in Samsung Galaxy S5.

Don’t want your kids to use some particular Games and Apps on Galaxy S5? Kid-friendly mode allows you to decide that which Apps, games, features should be used by your kids and which shouldn’t be used. This is something every parent may like about the new S series smartphone which is Galaxy S5.

I have tried to mention all the best features of Samsung Galaxy S5 and if you know any other exciting feature of it then definitely you can leave your comment about it.

The different colors in which Samsung Galaxy S5 will get available from the month of April are Shimmery Blue, Copper Gold, Charcoal Black and Electric Blue. You will need to wait for April if you have liked all the features of Samsung Galaxy S5 and want to buy it for yourself.