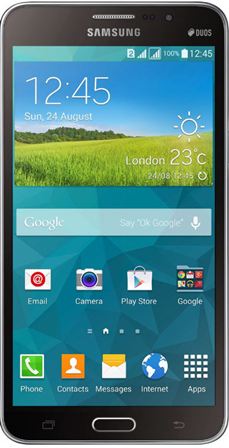 Looking to buy an Android smartphone with large screen size in Rs 20,000? Samsung Galaxy Mega 2 priced at Rs 20,900 is now available at the official online store of Samsung. Mega 2 is provided with a 6 inch display screen which means that this smartphone is built especially for those people who love smartphones with large screen display screen. Camera features seem to be decent, but not as impressive as I want them to be. This smartphone is available on the official Samsung Galaxy store only for now, but I hope that it’ll soon get available at popular online stores. Now you’ll get to know the features, specs and more info about the availability of Samsung Galaxy Mega 2. It is provided with a 1.2GHz Quad Core processor, while there is no info about the chipset. Mega 2 comes with 1.5GB RAM and internal memory of 8GB. I expected at least 16GB internal memory according to the price of Mega 2. You can also get external memory up to 64GB with this Samsung series smartphone.

For connectivity you get 3G, Wi-Fi, Bluetooth 4.0 and GPS. No NFC and 4G LTE technology is something you need to remember about when you’re purchasing Samsung Galaxy Mega 2. It has been provided with 2800 mAh battery, while I was expecting Samsung to provide at least 3500 mAh battery in Mega 2 as the large screen size will make users watch more videos and play games continuously.