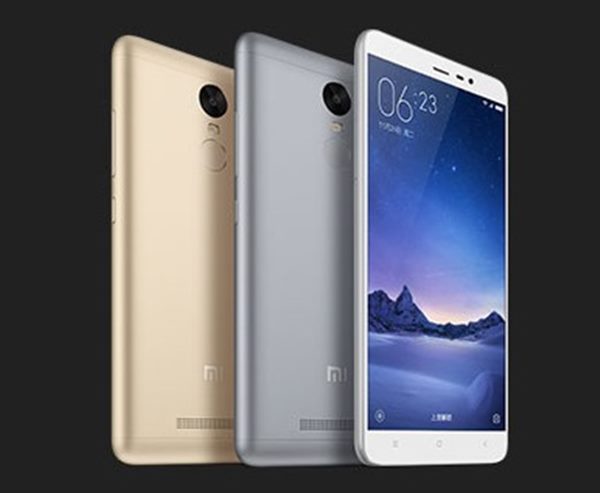 Xiaomi Redmi Note 3 works on MIUI 7 which is based on Android Lollipop operating system. It will be interesting to see whether Note 3 will get a new update soon. The connectivity features are impressive as the 4G LTE connectivity supports all the LTE bands available in India. It also has the VoLTE support which will allow you to make HD voice and video calls. 4G LTE, WiFi, Bluetooth, GPS, Glonass, Micro-USB and Infrared which will allow to make use of this smartphone as a remote to control television or air-conditioner.

Redmi Note 3 comes with very powerful 4050 mAh battery making it a smartphone which comes with good battery life. The battery is of a different type and that’s why the smartphone doesn’t weight heavy. The quick charge feature it supports will allow you to charge Redmi Note 3 smartphone up to 50% within an hour. The ultra-thin battery is definitely oen of the pros of Redmi Note 3.

Redmi Note 3 comes with a fingerprint scanner which is provided just at the back near to the rear camera of the smartphone. The finger print sensor is a touch ID based finger print sensor which can store up to 5 finger profiles. The fingerprint scanner works very fast as it just takes 0.3 seconds for unlocking this Xiaomi device. Instant unlocking works very fast and you’ll find it very much comfortable than typing a password.

This Xiaomi smartphone will be available only through flash sales. Register for Xiaomi Redmi Note 3 now so that you’ll be able to buy it at the first flash sale which will take place on 9th March. One of the things which may surprise you is that Redmi Note 3 has got 1,00,000 registrations in the first 5 hours. Later on it will get available at other ecommerce stores as well as offline stores.