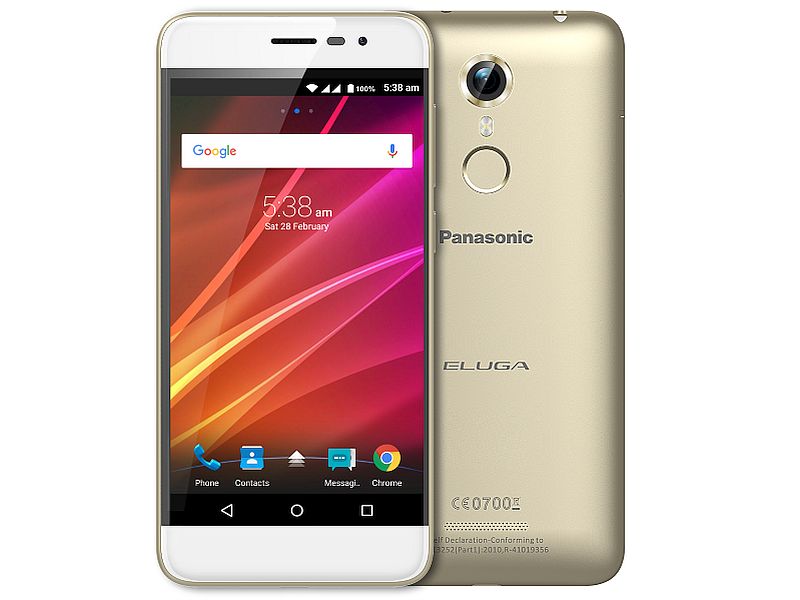 Panasonic Eluga Arc smartphone has got launched in India and it is priced at Rs 12,490 only. Eluga Arc which comes in Gold color has got very attractive features. This Eluga series smartphone is going to be one of the best options under Rs 15,000 as it has got 4G LTE with VOLTE and has also got fingerprint sensor. People may do comparison of Panasonic Eluga Arc with other 4G LTE smartphones as there is lot of competition in the price range of Rs 10,000 to Rs 12,500.

Eluga Arc comes with Android 5.1 (Lollipop) operating system. It has got Hybrid Dual SIM (micro + nano/microSD) slots. The Gold color of the smartphone and the good design makes it look attractive. Eluga Arc’s thickness is 8.1 mm and it weights 130 grams only. This Panasonic smartphone is powered with 1.2GHz Quad Core Qualcomm Snapdragon 410 64 Bit processor and it is equipped with Adreno 305 GPU. Eluga Arc comes with 2GB RAM and internal memory of 16GB. One can get external memory up to 32GB by making use of microSD card.

Panasonic has provided 3G, 4G LTE with Volte, WiFi, Bluetooth and GPS as the connectivity features in this device. It has even got FM Radio with RDS. It is powered with 1800 mAh battery which may disappoint many people. Panasonic should have provided at least a 2500 mAh battery as per the price of this smartphone.

Inclusion of the Fingerprint sensor and Infrared sensor makes this smartphone a good one. Infrared sensor provided at the top of this device can be used for remote control function.

Panasonic Eluga Arc’s price is a good one, but people may expect to get some good offers with it. Eluga Arc will not only get available at online stores, but also through offline retailers. Do let us know if you’re going to purchase Eluga Arc and why you like this Panasonic smartphone over some of the other mid budget smartphones.