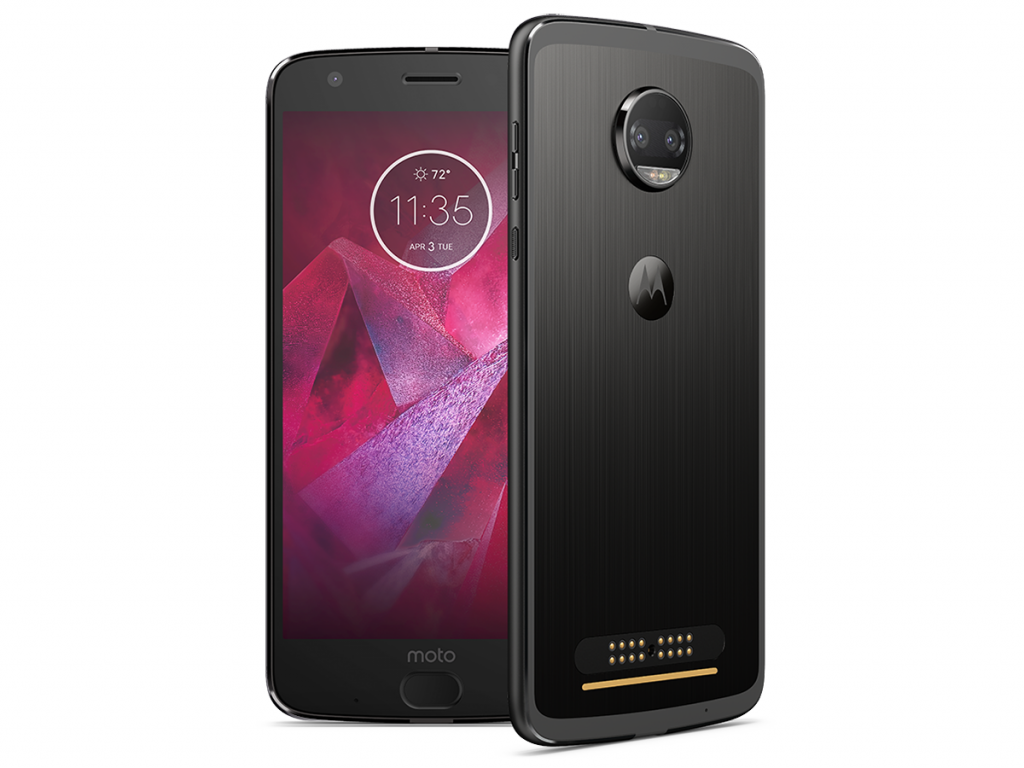 Moto Z2 Force is a Dual SIM smartphone which runs out of the box on Android 8.0 Oreo operating system.

Moto Z2 Force has got a 5.5 inch QHD display screen having resolution of 1440 x 2560 pixels. It is a POLED ShatterShield display screen. As per the information available, Motorola is giving a guarantee against screen breakage for 4 years. This 5.5 inch display screen of Motorola comes with water repellent nano-coating.

This device is powered with Qualcomm Snapdragon 835 SoC processor and it comes with 6GB RAM. Moto Z2 Force comes with Adreno 540 GPU. One can get external memory up to 2TB by making use of microSD card.

Unlike some of the other 4G LTE Android smartphone, this smartphone comes with fingerprint sensor at the front which is provided at the home button.

Moto Z2 Force is powered with 2730 mAh battery which can last a full day completely. It comes with Moto TurboPower Battery Pack Moto Mod having its own 3500 mAh battery pack. You’ll be able to charge this smartphone in 15 minutes by making use of the 15W TurboPower charger.

You’ll be able to purchase this smartphone with quality display screen from Flipkart.

It will be interesting to see that the high quality display screen is going to make many people go for this smartphone. Do let me know that whether you’re impressed with the display screen of Moto Z2 Force.