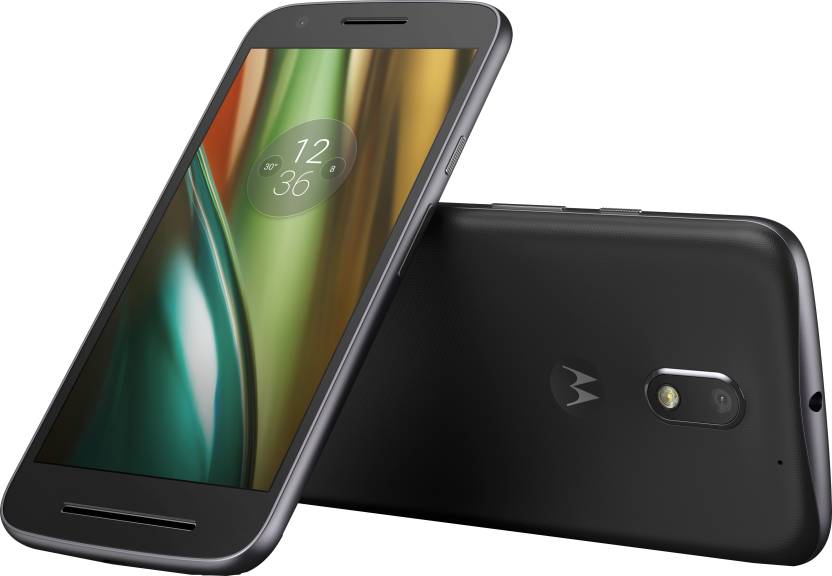 This new Motorola smartphone comes out of the box with Android 6.0 Marshmallow operating system. It weights at 153 grams only. Motorola Moto E3 Power is launched at a perfect time as it comes with 4G LTE and VoLTE. It is a Dual SIM smartphone. You shall be able to get Reliance Jio welcome offer with this new Motorola smartphone.

Motorola Moto E3 Power which is the 3rd generation Moto E comes with 5 inch display screen having resolution of 1280 x 720 pixels. The quality of display screen is good and it shouldn’t disappoint you.

Moto E3 Power is powered with a good processor which is 1GHz 64 Bit Quad Core MediaTek MT6735P processor. Motorola has provided Mali T720 GPU in this smartphone. It comes with internal storage space of 16GB and one can get external storage space of 32GB using microSD card. There is 2GB RAM provided by Motorola in this smartphone. The processor may not be very powerful, but you shall be able to play some of the best games. Some of the very high end games may not work properly. I have got decent experience while am using Moto E 2nd Gen, but I’ve realized that it is not very powerful.

There is a 8 megapixel camera with flash provided by Motorola in this third generation Moto E. You can shoot 720p video using this rear camera. The front camera provided in Moto E3 Power smartphone is a 5 megapixel camera.

A powerful 3500 mAh battery powers this smartphone. I didn’t expect such a good battery as I expected it to be a just little bit better than what was provided by Motorola in Moto E 2nd Gen. With Moto E3 Power, you also get the feature of fast charging. There is a 10W rapid charger provided with this smartphone. By charging it for 15 minutes, you shall be able to get 5 hours of battery life by charging for 15 minutes with it. One of the pros is that you’ll be able to get good battery life with this smartphone.

You can purchase Moto E3 Power from Flipkart now itself. Except the Rs 800 off Bank offer on using SBI card, there are some other good offers available too. One can get up to Rs 7,000 off on exchange. Another offer will allow you to get 32GB SanDisk SD card worth Rs 599 free with this smartphone.