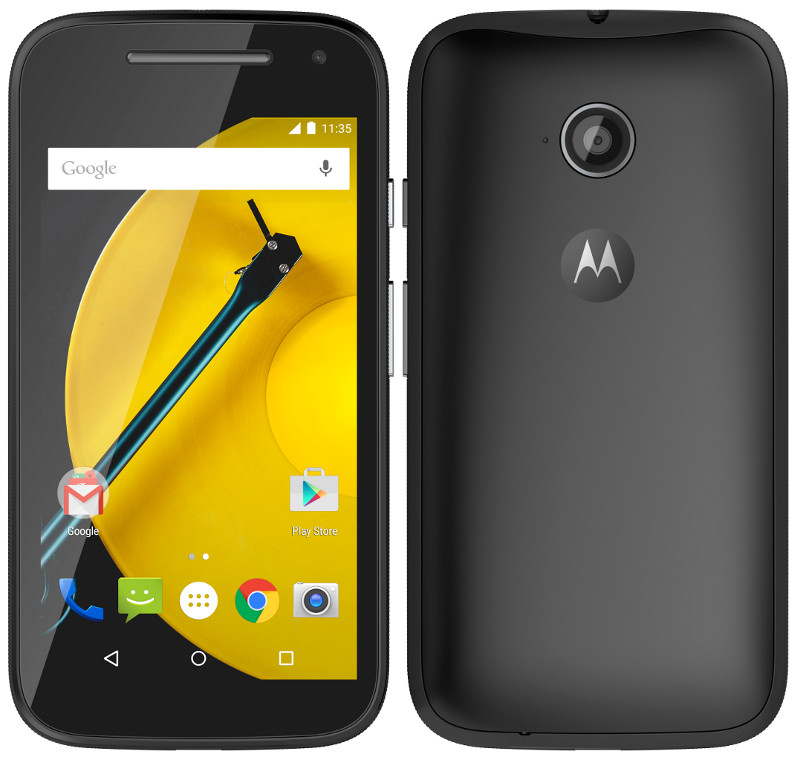 One of the pros of Moto E (2nd Gen) smartphone is that it will come directly with Android 5.0 (Lollipop). The latest Android version may definitely make you excited to immediately try out this smartphone. Moto E (2nd Gen) is provided with 5 megapixel camera having no LED flash, while the front facing camera comes with a VGA camera. The camera features are not as good as I expected, but as per the the price Moto E (2nd Gen) is still going to be a good option for people having budget below Rs 10,000. Recently I wrote a post in which I covered smartphones within Rs 15,000.

Moto E (2nd Gen) comes with 2390 mAh battery which is definitely a good one as per the price.

Another amazing thing I have got to know is that Motorola is going to sell bands as well as Grip shells for Moto E (2nd Gen). Moto E (2nd Gen) due to its features and good build quality may definitely gain lot of popularity as a low budget smartphone.

The 3G version of Moto E (2nd Gen) costs $30 lesser than the 4G version which means that it will be priced at Rs 1500 lesser as compare to the price of 4G version. It’ll be interesting to see that people will decide to go for the 3G or the 4G version.

Motorola has done a great thing by announcing the 3G and 4G version of Moto E (2nd Gen) together. Affordable pricing, latest features and good built quality may make people go for this new Motorola smartphone. It’ll be now interesting to see that when Motorola will launch the 3rd Gen version of Moto G as the (2nd Gen) version of Moto G has got lot of success already.