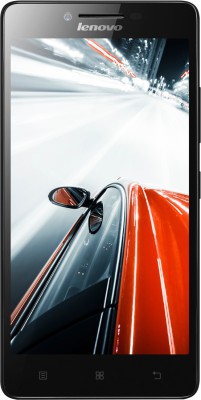 You might have already check out my review of Lenovo A6000 and now Lenovo is going to make you more happy. After selling 3,00,000 units of LENOVO A6000 and having very successful first flash sales of LENOVO A7000, Lenovo has made its fans excited by launching LENOVO A6000 PLUS at the price of Rs 7,499 only. So if you didn’t buy A6000 due to some reasons, then you may definitely get attracted to Lenovo A6000 Plus Android smartphone with 2GB RAM and better internal memory.

In this post you’ll be able to know that why spending Rs 500 more and buying A6000 Plus can be one of the best options for people who haven’t bought Lenovo A6000 smartphone still now. Lenovo A6000 Plus works on Android 4.4 KitKat operating system having Vibe UI on the top. Lenovo A7000 comes with Android 5.0 operating system, while A6000 has still now not been provided with Lollipop update.

There is no difference in the camera features when compared with Lenovo A6000. It has got 8 megapixel auto-focus camera with LED flash. The front facing camera is a 2 megapixel camera.

2G, 3G, 4G, GPS and Bluetooth 4.0 are the connectivity features which you’ll get with Lenovo A6000 Plus smartphone.

This smartphone has been provided with 2300 mAh battery which means that there is no improvement done here by Lenovo. People must have expected a little better battery by Lenovo in A6000 Plus, but it didn’t happen.

Dual Speakers with Dolby Digital Plus technology is one of the pros of Lenovo A6000 Plus.

Look : Pros and Cons of the new Moto E

Lenovo A6000 Plus is definitely better than A6000 and that’s why you may immediately make the decision to buy Lenovo A6000 Plus online. If you are looking for a 4G smartphone with better camera features and more powerful battery, then you should go for Lenovo A7000 smartphone.

Buy Lenovo A6000 Plus online

According to me, Lenovo A6000 Plus at the price of Rs 7,499 is definitely one of the best deals for anyone having budget below Rs 10,000 for buying a 4G Android smartphone. I’m myself using Lenovo A6000 and having decent experience, but if I hadn’t bought A6000, then I would have immediately bought A6000 Plus.