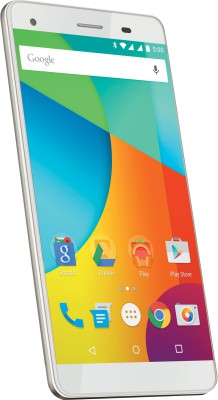 Lava Pixel V1 is a Dual SIM (Micro SIM) smartphone and it comes out of the box with Android v5.1 Lollipop operating system. It weighs 135 grams only and its thickness is 7.3mm. It seems to be one of the best Android One smartphones as it is provided with 5.5 inch HD IPS full laminated display screen having resolution of 1280 x 720 pixels. It is not provided with Gorilla Glass, but Asahi Dragon-trail Glass protection is provided which shall protect your smartphone’s display.

Lava Pixel V1 Android One is powered with 1.3GHz Quad Core MediaTek MT6582 processor and Mali 400 MP2 GPU. Lava Pixel V1 comes with 2GB RAM and it is provided with internal storage space of 32GB. You can even get external storage space up to 32GB using microSD card. In the price range of Rs 10,000 to Rs 15,000, there are very few Android smartphones provided with 32GB internal memory and that’s why this Lava smartphone will be considered by many.

Lava Pixel V1 comes with 13 megapixel BSI sensor camera having 1.4 Micron BSI sensor. It is provided with LED flash. The front facing camera is also of same type, but it is just that it is a 8 megapixel camera and misses out LED flash.

Connectivity features provided in Lava Pixel V1 smartphone are 3G, Wi-Fi, USB, GPS and Bluetooth v4.0. 4G is missing which is definitely one of the cons as per the price of Lava Pixel V1. Nowadays most of the smartphones launching in this price range in India are provided with 4G connectivity.

Lava Pixel V1 Android One at Rs 11,350 is available in White color. I hope that Black color option will also get available. If Lava had provided 4G connectivity, then it could have got more popularity.

If you like regular OS updates, then definitely you may like to buy Lava Pixel V1 Android One smartphone from Flipkart immediately. It will be interesting to see that whether Lava will soon provide some offers on Pixel V1.