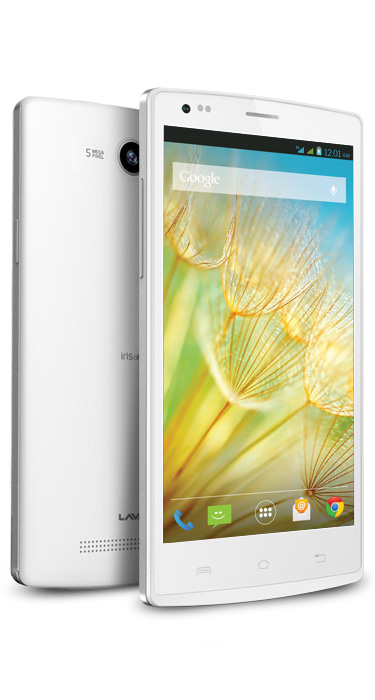 Another low budget Lava smartphone has got launched and it is called as Lava Iris Alfa. Priced at Rs 6550, Iris Alfa comes with decent features and it is powered with a Quad Core processor. If you’re looking forward to know the pros and cons of Lava Iris Alfa, then you should go through this post as you’ll be able to know everything about Lava Iris Alfa. It’ll be really interesting to see that whether Lava Iris Alfa will be able to get popular as Lenovo A6000 and Redmi 1S which are currently said to be the best low budget Dual SIM Android smartphones. Lava Iris Alfa is going to be available on ebay.in and also in offline retail stores.

Lava Iris Alfa is a Dual SIM smartphone and it works on Android 4.4 KitKat operating system. As per the information available, Iris Alfa will support FOTA updates. So you’ll be most probably able to get the Android 5.0 (Lollipop) update for Lava Iris Alfa. Lava Iris Alfa weighs 156 gram only. Truecaller Premium, Hungama Music App are pre-installed in this Lava handset. It is also provided with Adaptxt Keyboard which supports 11 local languages of India.

The battery of 2200 mAh seems to be decent, but it could have been a 2500 mAh battery as then Iris Alfa would have impressed many more people. Camera features are not very impressive and many may say it to be one of the cons of Iris Alfa. Lava should have priced it below Rs 6,000 as the competition in the smartphones market has increased to a very good extent. If Lava will offer some accessories or give discount, then some people may definitely find Iris Alfa to be one of the best options for them.

Lava Iris Alfa is going to be one of the options for people looking for Dual SIM smartphones within Rs 7,000. Lava Fuel 50 and Fuel 60 have got popular and that’s why Lava must be having good expectations from this new smartphone too. We can expect Lava to soon come out with more low budget smartphones as well as I hope that Lava will also launch some flagship smartphones for the mid budget segment. What your opinion about Lava Iris Alfa?