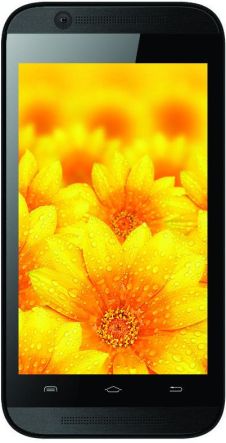 Intex Aqua 4X works on Android 4.2 (Jelly Bean) operating system. I don’t expect that this smartphone will get Android 4.4 Kitkat update in future. This low budget Intex smartphone comes with display screen of 4 inch having resolution of 800 x 480 pixels.

Even if price is low, Intex has provided rear facing camera of 2 megapixel and even a front facing camera of 0.3 megapixel. Many low budget smartphones don’t come with dual cameras, and that’s why Aqua 4X becomes a very good choice.

3G, Wi-Fi, GPS and Bluetooth are the connectivity features which you’ll get with this smartphone. Intex Aqua 4X comes with 1300 mAh battery which should provide decent hours of talktime.

Aqua 4X smartphone comes in 2 different colors which are Black and Grey. I’m hoping that Aqua 4X will get available at all online shopping sites.

Aqua 4X may not be liked by everyone as it comes with 256MB RAM and internal memory of 512MB only. It can be a good first Android smartphone for anyone with low budget. Availability of both rear facing and front facing camera is something which may make many people prefer Intex Aqua 4X over the other low budget Android smartphones.