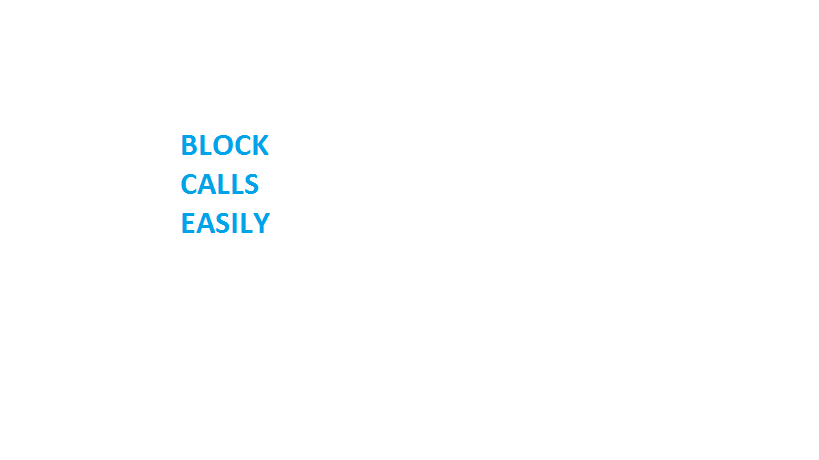 After buying your Android mobile phone you may be very happy but whenever you receive any unwanted call you may really get frustrated. Every smartphone user will like to know the best ways to block unwanted calls and this is definitely possible if one is using an Android mobile phone. Blocking unwanted calls which was not possible previously has now become possible because there are many Android Applications which help out to block these calls which you don’t want to receive.

Using Call Control you can control what you want to do with the unwanted calls. You can set disconnect option, send all the blocked calls to voicemail and you get some other options too.

You can enjoy the full version for 14 days without any charge but if you want to keep enjoying all the features you will be required to spend $8 to buy the full version of this unwanted calls blocker App Call Control. This is a complete Android Application if you want the power to control unwanted calls and block them out on your Android smartphone. More than 40,000 downloads and 4.4 rating makes Call Control one of the best Apps for blocking calls.

Call Blocker is different from Call Control in some aspects but it is also well known App among Android users to block calls. Whenever you are receiving unwanted calls you may like to forward them to another number or just reply by sending a message. Call Blocker App comes with the option to forward unwanted calls or one can even send auto-sms to the caller. You can block all the sms sent by all those numbers which are not in your contacts list if you are using Call Blocker Android App. It is given 4.3 rating and downloaded for around 34,000 times.

2 thoughts on “How to Block Unwanted Calls on Android mobile phone?”