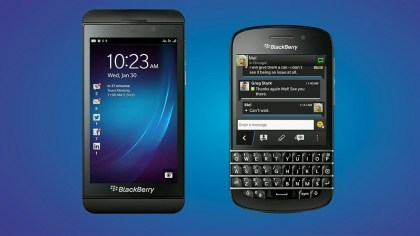 Blackberry Z10 is a full touchscreen Blackberry 10 smartphone while Blackberry Q10 comes with a Qwerty keypad. You should have a look at the specs before you think to go for any one of them. You can find connectivity features like Bluetooth 4.0, microUSB 2.0 slot, NFC and even Wifi in both Z10 and Q10.

For Z10 the 3 years contract price in Canada will be 149.99$ and in other countries it will get available at different contract prices. Lets see what will be the price of Z10 and Q10 in India and if we get to know the Blackberry Z10 and Q10 price for India we will definitely let you know about it. I liked the specs of both the Blackberry 10 OS working smartphones and also the excellent features of the new Blackberry 10 OS.