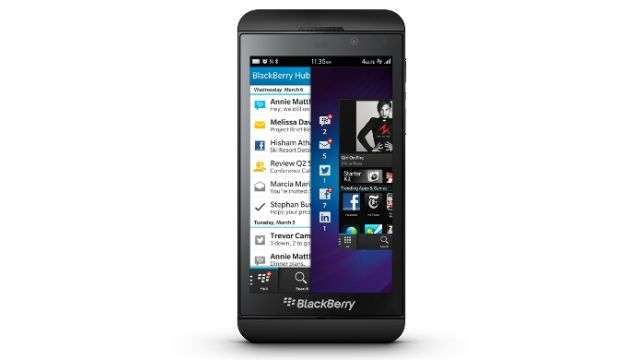 After the launch of Blackberry Z10 and Q10, working on latest Blackberry 10 operating system it was expected that Blackberry will get lot of success. Seeing the monopoly of Android over the smartphones market, Blackberry is looking to get some partners so that the business can again be strengthen or they may go for any type of business transaction which will be suitable for the company. Blackberry can go for different strategies and it will be exciting to know which one it adopts.

According to me Blackberry Z10 launched some months back must have given some strength to the company. Blackberry may not be happy with little success and now it is looking for a bigger success as giving tough fight to Android has become somewhat difficult. Below image is of Z10 which attracted few people but didn’t get a very big success.

One of the best things done recently by Blackberry is that it has decided to launch BBM for other platforms. Recently it was announced that BBM service will be getting available for Galaxy devices in Africa. You can expect BBM coming soon to other operating system like iOS and Windows too very soon.

For finding the most suitable strategy for Blackberry even a committee has been formed. A decision may be soon taken by this committee formed especially to do the business transaction which will be bringing a big change to Blackberry.

If you have been a Blackberry user then definitely you will wait to know that what will Blackberry be doing to get back its business. Blackberry will definitely like to make Blackberry users more happy by doing a partnership or even going for one of the biggest joint ventures so that it can again launch some superb smartphones in the market to give tough fight to other smartphone manufacturers.