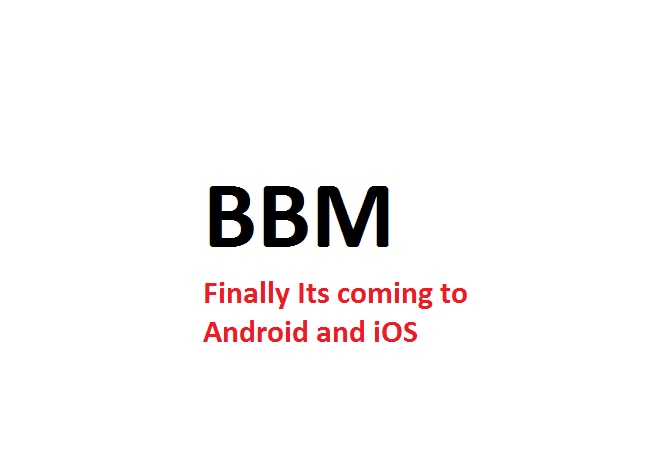 Are you a BBM lover? Now the date for BBM is finally confirmed for Android as well as iOS. Don’t wait anymore now as BBM will get available for Android on 21st September and for iOS on 22nd September. This news excites me as I am also a very big fan of BBM . I never had a Blackberry smartphone and this news makes me wait for BBM more eagerly. The competition is definitely increasing and now there will be more option available for chatting purpose too. One may get confused that whether to go for Whatsapp, BBM, WeChat or have all of them together. It will be exciting to see how people will react to this and how many people will immediately go for BBM. Once BBM will get available for Android and iOS you may see that other App developers may also come up with something new.

Blackberry launched new smartphone Blackberry Z30 and now the date for BBM has been confirmed. It seems that Blackberry is trying its best to attract users. I am definitely impressed with all such news by Blackberry and just hoping to use Blackberry on my Android smartphone very soon.