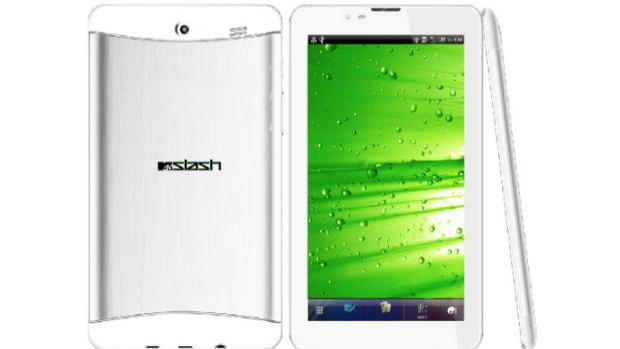 Swipe MTV Slash runs on Android 4.1.2 Jelly Bean operating system. The 7 inches display screen comes with resolution which is 1024 x 600 pixels. The multi-touch display screen seems quite good seeing the thing that this Swipe MTV Phablet is not a costly Phablet. 1GHz Processor is decent seeing the thing that the price of this 3G Phablet is not very high. Swipe MTV Slash comes with 1GB RAM.

Pre-loaded Apps which you get with MTV Slash Phablet are E Book Reader, Audio Recording feature, Kingsoft Office and more.

Micromax Canvas 4 launched by Micromax is a good Android smartphone due to the good features.

The price of this 3G enabled affordable Swipe MTV Slash Phablet is Rs 9,490 which is definitely affordable seeing the features.