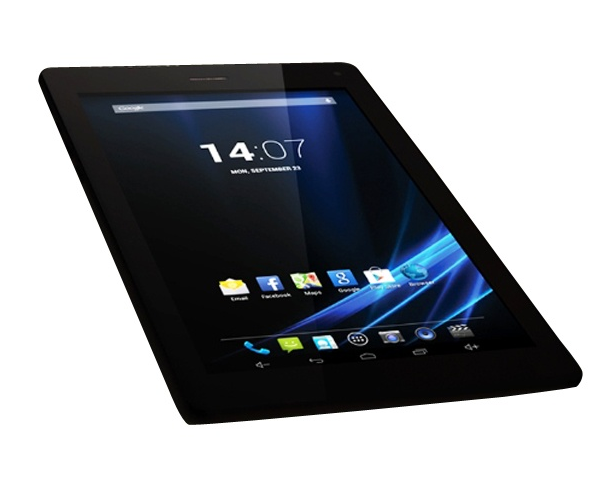 Not only smartphones but also tablets can be purchased in Rs 10,000. Even if you may not get the best features but then too you will get satisfied after buying a tablet in an affordable price. In this post I am going to make you know 4 different tablets. Companies like Lava, Karbonn, Xolo etc love to provide people in India with affordable smartphones as well as affordable tablets.

Many more affordable tablets may get announced soon. Currently in this April month there were around 8-10 options available when it comes to buying tablet in this budget. I have decided to list only 4 of them as I find them to be the best according to the price which one is paying. I had recently written a post about this tablet. You can check out the Features of Lava QPAD e704. The best thing about this tablet by Lava is that it has a battery of 3500 mAh which definitely mean more battery life. 2500 mAh is the type of battery which you may find in some of the other tablets in this price range.

The touchscreen is of 7 inch. There is a 1.2GHz Quad Core processor and 1GB RAM available which gives this Lava tablet good power. You may find internal memory to be only 4GB but as there is external memory slot available and that’s why you will not be facing any memory problems.

The rear facing camera is of 3.2 megapixel while in the front you find a camera of 0.3 megapixel. 3G and Wi-Fi both are available with this Lava tablet.

At price Rs 9,999 Lava is really offering a good tablet in the form of QPAD e704. If you have liked this tablet more than the other 3 then you should definitely read the complete post about this tablet on my blog. This is also a tablet of same type. Oplus XONPAD comes with 7 inch screen and Quad Core processor. Same like Lava QPad e704, this tablet also has 1GB RAM.

This 7 inch tablet by Oplus comes at price Rs 9,990. You can move on to read complete info about XonPad 7. Xolo QC800 comes with a 8 inch touchscreen. Quad Core processor and 1GB RAM both are available.

Camera features are also not that great.  There is only a 2 megapixel rear facing camera and 0.3 megapixel camera in the front.

In Rs 10,000 you may like to go for this Xolo tablet especially if you have heard good things about Xolo smartphones and tablets. Karbonn also has a good tablet according to your budget. This Karbonn tablet will save your 1,300 Rs as it comes only in 8,700 Rs.

Even if the price is lower than the other 3 tablets mentioned in this post, the display screen is a larger one. This Karbonn Cosmic Smart tablet has a 9.7 inch touchscreen having resolution which is 1024 x 768 pixels.

This tablet is very superb as it has 6000 mAh battery.

If you need a large size tablet then definitely you may like to spend your money on buying this tablet.

I hope that you have liked all the 4 tablets which I have mentioned according to the price within Rs 10,000. You may go through user reviews, specs and much more properly before you choose to buy 1 tablet out of the 4 which I have mentioned. Lava QPAD e704 is the tablet released very recently and this may become the reason for buying it over the other 3 tablets. You may take time and finally decide to buy the tablet which you find to be the best according to yourself.