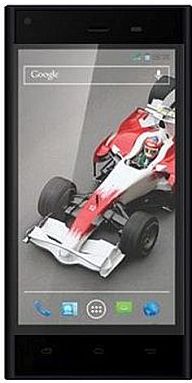 Xolo seems to be trying really very hard to compete in the low budget Android smartphones segment. Xolo Q600s an another low priced Android smartphone has got available online. This smartphone has got available at Snapdeal at the price of Rs 7,499 which is little more than the price of Moto E. These days Motorola Moto E is in huge demand, and that’s why Indian companies are trying to compete with Motorola by launching new smartphones. Xolo seems to be planning to have different options for customers by launching many smartphones in the low and mid price segment.

Good thing about Xolo Q600s is that it works on the latest Android 4.4.2 operating system. This is also a Dual SIM smartphone. Another smartphone Xolo Q1200 has also got available online at price Rs 14,999. Now I will make you know the features and Specs of this smartphone. Xolo Q600s has a 4.5 inch screen having resolution which is 960 x 540 pixels. It is protected by Gorilla Glass 3 protection which is definitely a good thing about the display screen of Q600s.

1GB RAM is provided by Xolo in this smartphone. Internal memory is of 4GB only, and you can get external memory up to 64GB.

Xolo Q600s has a rear facing camera of 5 megapixel which comes with LED flash. One of the reasons which may make you prefer Xolo Q600s over Moto E is that it has a 0.3 megapixel camera in the front, while Moto E has got no front facing camera.

For connectivity 3G, Wi-Fi and other options are available. I expect that this smartphone will provide good battery life as it has got 2000 mAh battery. On the Snapdeal website where the smartphone has got available it has been mentioned that Q600s will provide talktime up to 11 hours.

The other smartphone Q1200 is almost priced double than Xolo Q600s. You will find that Q1200 comes with Android 4.2 version and you may be able to update the version very soon. Q1200 comes with 5 inch display screen with good resolution, better camera features and better internal memory which is of 8GB.

These days smartphones are getting launched at particular sites  only. Karbonn launched one smartphone only at Amazon, while Motorola launched Moto G, Moto E and Moto X only at Flipkart. I am hoping that this Xolo smartphone will get available at every online store. For now you can definitely buy Xolo q600 from Snapdeal. Recently Snapdeal had also announced its fast delivery service. I think that now we have enough options when it comes to finding a good affordable smartphone. Companies should now try to provide smartphones which have some unique features as people may get bored if smartphones with same type of features will keep on getting launched every month.