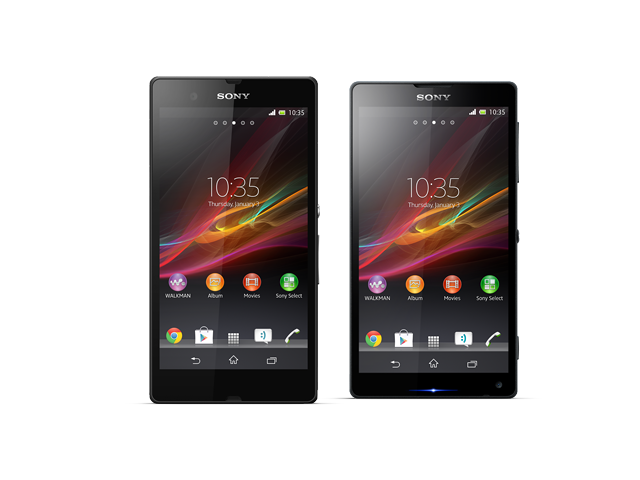 Sony finally unveiled its 2 new much awaited superb Android smartphones at CES 2013.  Both the new smartphones Xperia Z and ZL have similar features but some features make Xperia ZL little different from Sony Xperia Z. You should have a look at the features which Xperia Z and ZL are having before you choose to buy any one of the two.

These 2 smartphones Xperia Z and ZL by Sony are having superb processor, very high quality 13MP camera and many other features which you will surely love to have in an Android smartphone.

Xperia Z is considered to be one of the most powerful Android smartphones as Xperia Z is having a 1.5GHz Snapdragon Pro Quad Core processor and there is also a 2GB RAM available in Xperia Z which makes it better than other costly Android smartphones which are having 1GB RAM.Sony Xperia Z has a 13 megapixel rear facing camera and not only the quality of the camera will impress you but also the camera features may make you buy Sony Xperia Z.

Xperia Z will be having 16GB internal memory and you will get external memory upto 32GB using MicroSD memory card with Xperia Z and Z. Sony Xperia Z has Wifi and even the NFC technology which have become common connectivity features in most of the costly Android smartphones.

One of the most amazing feature of Xperia Z is that it is IP55 and IP57 certified which means that it is dust resistant as well as water resistant Android smartphone. Sony Xperia Z will provide you good battery life too as it has 2230mAh battery which is very powerful and as it has a powerful processor battery Xperia Z will definitely last longer than many other Android smartphones.