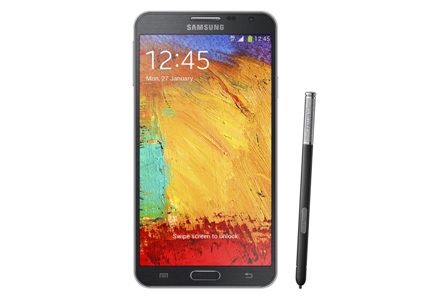 Touchscreen of Galaxy Note 3 Neo is the another thing you should check out first. It is a 5.5 inch HD screen having resolution which is 720 x 1280 pixels.

Good connectivity features like 3G, Wi-Fi, Bluetooth 4.0, NFC, GPS, GLONASS and Infrared will really excite you to buy Samsung Galaxy Note 3 Neo. LTE variant of Galaxy Note 3 Neo will be definitely purchased by those who want a powerful smartphone with very fast connectivity.

Another feature which may impress you with Note 3 Neo is the stylus (S-Pen) and many other superb functions like Air Command, Multi Window, Hangouts, My Magazine etc. 3100 mAh also seems decent as the smartphone also has powerful processor and 2GB RAM.