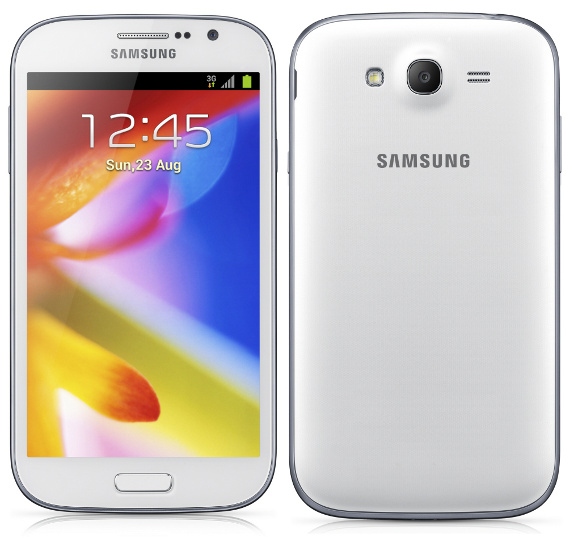 Samsung Galaxy Grand is a dual sim Android smartphone and it will work on latest Android 4.1 Jelly Bean operating system and it has many amazing features similar to many other Samsung Galaxy series smartphones. Grand has a grand size screen of 5 inches. It is a 5 inches TFT LCD screen having resolution 480 x 800 pixels. Nowadays most of the Android smartphones are launching with 5 inches screen and that’s why Grand seems to be a good smartphone at this price of Rs 21,500.

Grand has 3G, Wifi, Bluetooth and GPS but Samsung Galaxy Grand is missing on NFC technology which is available in many high end budget Android smartphones.

May be you would looking for a very powerful battery in Grand but it is a decent 2,100 mAh battery which may give you good hours of talktime.

If you decide to buy Samsung Galaxy Grand now you will get a flip cover free with it and for those looking for more memory for storing music they can get 50GB cloud-storage facility with Samsung Galaxy Grand. At 21,500 Grand seems to be Grand size powerful smartphone which can give the entertainment which you want in an affordable price.