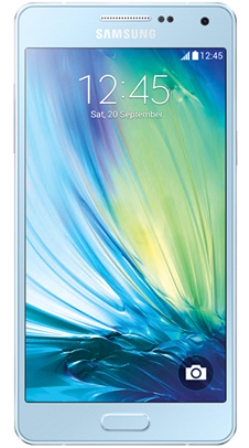 Among the 2 smartphones launched by Samsung, Galaxy A3 seems to be the affordable one. The display screen is a 4.5 inch qHD screen having resolution of 960 x 540 pixels. It comes with a 1.2GHz Quad Core processor and 1GB RAM. You’ll find that Galaxy A5 is provided with better RAM than what has been provided in Galaxy A3.

The rear facing camera is a 8 megapixel one and the front facing camera as already mentioned is of 5 megapixel. You’ll be getting internal memory of 8GB with Galaxy A3 and the microSD card slot can be used to get external memory up to 32GB. It comes with 1900 mAh battery.

Samsung Galaxy A5 comes with a 5 inch Super AMOLED display screen. It is powered with 1.2GHz Quad Core processor. It is definitely going to be costlier than Galaxy A3 as it has been provided with 2GB RAM.

People may do the comparison of Samsung Galaxy A5 with Moto X (2nd Gen), Xiaomi Mi4, Oppo N3 and some of the other flagship smartphones which come with very good features and super design.

You’ll not have problem related to battery life with both the smartphones as Samsung may provide Ultra Saving mode to make the battery last longer. It is expected that Samsung may soon announce Galaxy A7 which will definitely come with 4G LTE. People have liked Samsung Galaxy  Alpha and Galaxy Note 4 which come with metal unibody, and that’s why we can expect that Galaxy A series smartphones will also get good success worldwide.

Both Samsung Galaxy A3 and A5 will get available in selected markets including China in the coming month of November. The best thing for those who have already started thinking about buying Galaxy A3 or Galaxy A5 is that both smartphones will come in 6 different colors which includes Gold, White, Black, Silver etc. It’ll be interesting to see that at what price Samsung will decide to launch Galaxy A3 and Galaxy A5 in India. Samsung will be definitely having very good expectation from both the new Galaxy series smartphones. Did you like the features provided by Samsung in Galaxy A3 and Galaxy A5?