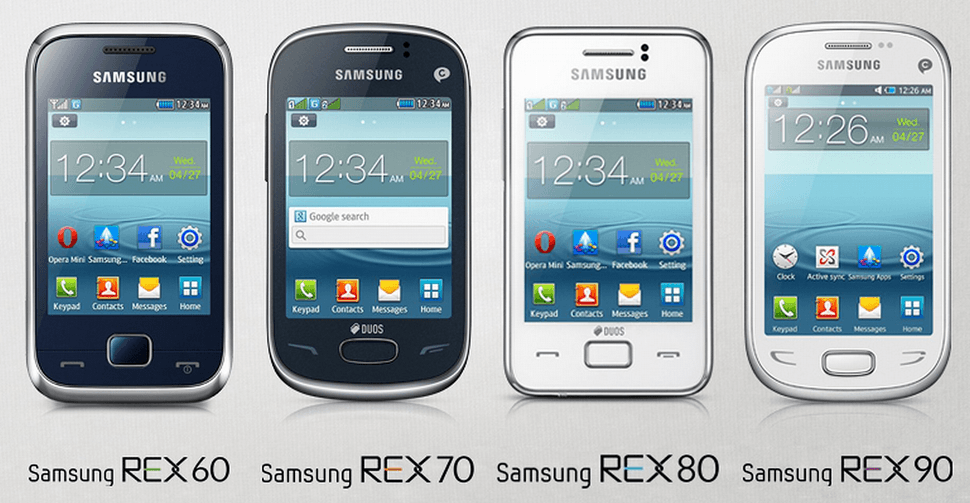 All the 4 Rex series smartphones are dual sim smartphones while Rex 70 and Rex 90 also have True Hot Swap feature.

The price for Rex series smartphones by Samsung starts from Rs 4,260 and the max price for Rex 90 is Rs 6,490. If you like java based smartphones then definitely Rex 60,70,80 or 90 should be a good choice for you as the price range of Rs 4,260 to Rs 6,490 should be affordable for you. If you are looking for a very low budget Android smartphone then you may like to have a look at Micromax Ninja A27 which is available in very low price and has good features.