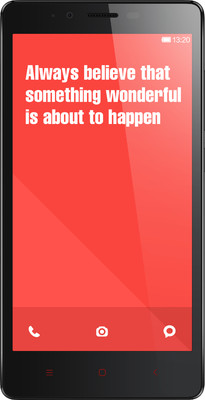 Today is 23rd December and the registration for Redmi Note 4G has started from 6pm. The first flash sales will happen on 30th December which is going to increase the excitement. It is going to be huge competition between Micromax and Xiaomi as both companies are trying hard to impress customers in India. Micromax Yu Yureka’s first flash sales is going to happen on 13th December and many people are excited for it too. Many people are doing the comparison of Micromax Yu Yureka and Xiaomi Redmi Note 4G. Now I’ll be mentioning all the important features of Redmi Note 4G smartphone which you should know before you register for Xiaomi Redmi Note 4G. You should register fast if you don’t want to miss out the chance to buy Redmi Note 4G on 30th December.

Xiaomi has got good success with Mi3, Redmi 1S and it is the time when it is going to attract customers in India by launching a superb 4G smartphone. The price of Xiaomi Redmi Note 4G is Rs 9,999, while Micromax Yu Yureka has been priced at Rs 8,999 only. The options are really increasing for people and at the same time many more companies may release smartphones with 5.5 inch display screen. Will you buy Xiaomi Redmi Note 4G or go for Micromax Yu Yureka?