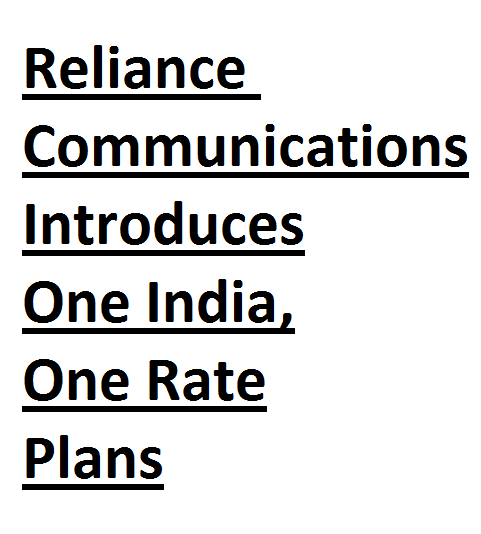 RCom has introduced special One India, One Rate Plans. These plans will allow you to get rid of roaming charges to a very good extent. You won’t have to pay roaming fees on incoming as well as outgoing plans. If you are looking for postpaid or prepaid schemes which can help you in getting rid of roaming fees then you should check out these plans. I am mentioning information about RCom’s One India, One Rate plans in this post.

With these plans you’ll not only get the benefit of no roaming fees on calls, but you’ll also get to use mobile internet data. These plans shall be very beneficial for those people who roam a lot. Getting rid of roaming fees is something which will be liked by many people. After the launch of ‘One India, One Rate’ plans by RCOM, we can expect that Reliance Communications may launch more amazing plans for postpaid and prepaid customers very soon.