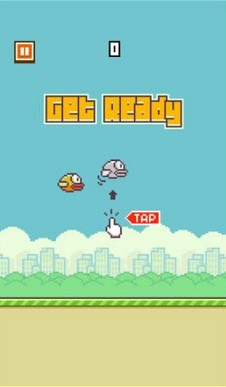 August is the month in which the game may get available again. I will now let you know the additional feature which its developer is adding to Flappy Bird game. This game is one of the most popular games for Android as well as iOS. This game got lot of popularity before it went down. It got popular among teenagers and everyone started telling each other about the maximum score they got playing Flappy Bird game. This game was downloaded by people globally, but due to the some reasons developer of this game took this game down.

You should be happy that this amazing and popular game is coming back again. Developer of the game Flappy Bird must be having very big expectation this time. He must have definitely tried to make the game Flappy Bird more addictive and more interesting. If you are excited about this news then stay tuned with me. The day on which Flappy Bird game gets available to download, I shall definitely make you know about it.

6 thoughts on “Popular Game Flappy Bird Coming Back in August”