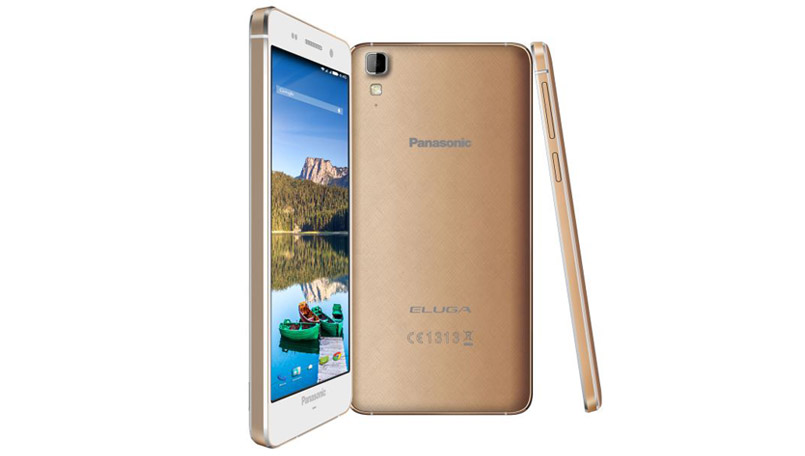 Panasonic Eluga Z Dual SIM smartphone works on Android 4.4 KitKat operating system. A smartphone priced above Rs 10,000 and not provided with Android 5.0 OS shall disappoint some people. Eluga Z is 6.85mm thin and weighs 120g only. Eluga Z is powered with 1.4 True Octa-Core processor. This Panasonic smartphone comes with 2GB RAM and internal memory of 16GB. You’ll be able to get external memory up to 32GB with Panasonic Eluga Z smartphone.

This Panasonic device comes with a front facing 5 megapixel camera.

2G, 3G, Wi-Fi, Bluetooth 4.0, USB OTG and GPS are the connectivity features which one gets with Eluga Z Mid Budget smartphone.

I don’t know why Panasonic has not provided 4G connectivity in Eluga Z. I’m expecting that soon Panasonic will soon launch some 4G smartphones with better features than what they have provided in Eluga Z.

Double Tap to Unlock, Smart Swipe are some of the gesture based features provided in Panasonic Eluga Z smartphone. Eluga Z is for Indians and that’s why it supports 21 regional Indian languages. Many people nowadays look for Android smartphones with support for regional languages as then they will be able to communicate easily.

Panasonic Eluga Z which is priced Rs 13,490 comes in 3 colors which are Gold, White and Blue. It will be getting available in this month of July itself and you’ll be getting leather flip cover, protective case for free. Panasonic may be expecting that they will get good response for its new smartphone which comes with a combination of good design and good features.