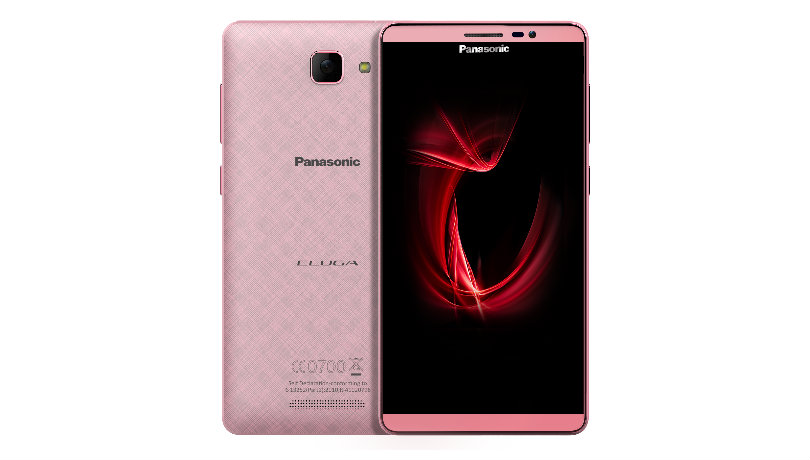 At an event in New Delhi, Panasonic yesterday launched its latest Eluga series smartphone which is Eluga Note. This smartphone has got 4G with VoLTE. Eluga Note is powerful and comes with large 5.5 inch screen. By keeping its price within Rs 15,000, Panasonic seems to be targeting the people having budget from Rs 10,000 to Rs 15,000 for buying a smartphone. Your search for a medium budget smartphone may definitely end with Panasonic Eluga Note as it has just launched, and it’s equipped with all the latest features.

Panasonic Eluga Note comes out of the box with FitHome UI which is based on Android Mashmallow 6.0. If you’ve got bored using a smartphone running an old version of Android operating system, then switching over to Eluga Note can be a good idea as it has got the latest version. Weight of this smartphone is 142 grams, while its thickness is 8.15mm.

This new Panasonic device looks attractive as at has a textured back design. It will be interesting to see if the textered back design will be one of the reasons that will make people attracted to it. Eluga Note is a Dual SIM smartphone, but the 4G support is available for one SIM slot only.

Panasonic Eluga Note comes with a large 5.5 inch full HD screen. The resolution of this display screen is 1920 x 1080 pixels. The pixel density is 403 ppi.

Eluga Note is powered with 1.3GHz Octa Core processor and Panasonic has provided 3GB RAM. The chipset used for the processor is still now known. Internal memory is of 32GB which is quite good as per the price. One can get external storage space up to 32GB by using a microSD card with Eluga Note smartphone.

Connectivity features provided in this new Panasonic smartphone are 3G, 4G LTE with VoLTE support, GPS, Bluetooth 4.0 and WiFi. It is also having FM radio. It has IR sensor which will allow you to control IR based electronic appliances.

Eluga Note is powered with 3000 mAh battery. Some people might have expected a little more powerful battery as it is priced above Rs 12,000.

Eluga Note will soon be available in Champage Gold color.

There are many good smartphones available in price range of Rs 10,000 to Rs 15,000, and addition of Panasonic Eluga Note definitely increases the options. Panasonic Eluga Note’s large screen, 3GB RAM and 4G VoLTE support are the main pros. Do let me know if you’ll purchase Eluga Note, or you’ll prefer any other smartphone around Rs 13,000.