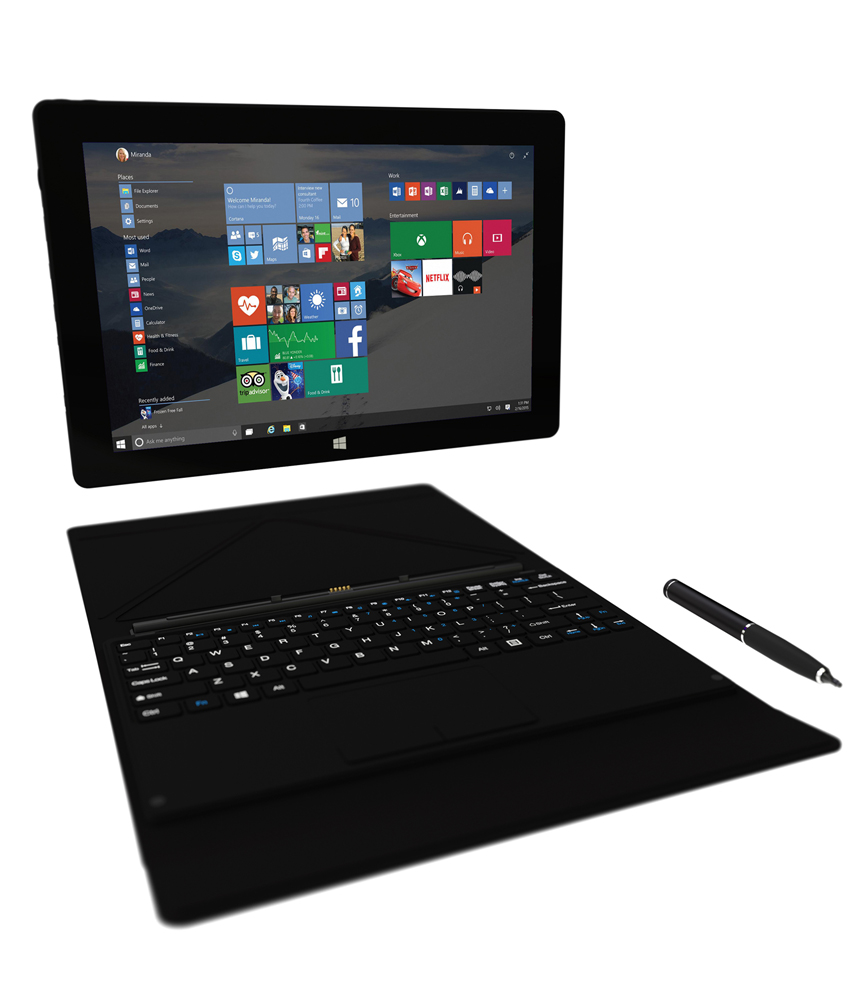 Notion Ink has come up with one more new gadget and this time it is a laptop which you’ll be able to use as a tablet too. Notion Ink Cain Signature Black 2 in 1 laptop is priced Rs 20,990 making it the best option for those with budget Rs 20,000. 2 in 1 gadgets are liked by people as one can save money by going for such products. This laptop works on Windows 10 OS and that’s why you may like to go for it. Notion Ink Cain Signature Black limited edition is definitely going to make many happy not only because it is a 2 in 1 gadget, but also its features are very impressive.

The design and impressive look may make you get attracted to this Notion Ink laptop. It weights 650 grams only and its thickness is 9.7mm only. This laptop comes with a 10.1 inch IPS display screen which is scratch resistant. It has got resolution of 1280 x 800 pixels. The 25.4cm display screen comes with 180 degree viewing angle. Camera Features of this 2 in 1 Laptop

It comes with a rear facing as well as front facing camera of 2 megapixel. The front camera may be useful for taking selfies or doing video calling while you’re chatting with someone on this laptop. Notion Ink has tried to understand the requirement of people and that’s why provided camera at the front as well as the back.

It comes with a micro USB slot, USB 3.0 port, Bluetooth 4.0, Wi-Fi and Mini HDMI port. You’ll be also able to get 3G connectivity with this 2 in 1 laptop and for that you’ll need to insert the SIM in the default 3G ultrastick provided with it.

It is available online in 2 colors which are Grey and Black. You’ll get Active Stylus also called as “ProPen” which is worth Rs 3,200 and also Mobile Office free with this gadget. This laptop may become the best choice for you in your budget of Rs 20,000 especially if you’re looking for a gadget which can be used both as a laptop and tablet. I have even heard that a similar device with 32GB internal memory will be launched by Notion Ink at a little lower price.

Notion Ink Cain Signature limited edition laptop may solve the problem of many who’re not able to decide that whether they should buy a tablet or a laptop in their budget of Rs 20,000. One of the reasons which may make you choose it over some of the laptops is that you’ll be able to scrib as well as draw easily with Active Stylus while using it as a tablet. Notion Ink’s limited edition laptop cum tablet may get more demand than its tablets and it will be interesting to see that whether Notion Ink will launch some more amazing 2 in 1 laptops.