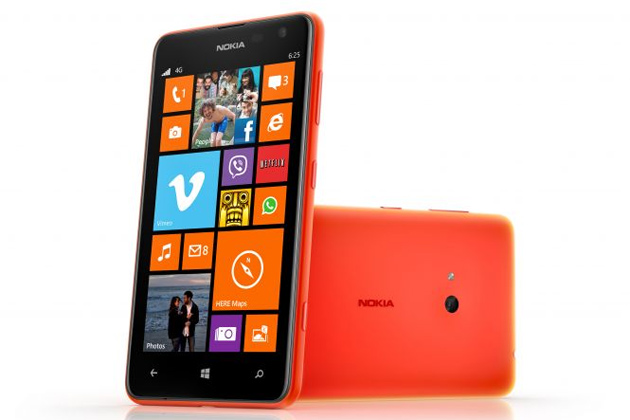 Lumia 625 packs features like Lumia 620 but comes with some cool new features and improvements. The touchscreen of Lumia 625 may be only of 4.7 inches but packs in very good features. It comes with the features which are as follows

– Sunlight Readability Enhancement – No problem in viewing anything on screen even in sunlight.

Yes, the touchscreen of Lumia 625 is superb and has many other cool features like high brightness mode,color enhancement and more.

As it is a mid budget Windows 8 smartphone by Nokia you get a 5 megapixel autofocus camera with LED flash in Nokia Lumia 625. In the front you can find a 0.3 megapixel camera.

All connectivity features are available and that’s why you may go for this Lumia series smartphone. As you get 4G/LTE support you should really get happy with this new Lumia smartphone.

2000 mAh battery should give you good talktime if you choose Lumia 625 for yourself.

You may get attracted to Lumia 625 not only due to its mid budget price but also of the reason that you get 5 colors changeable shells.