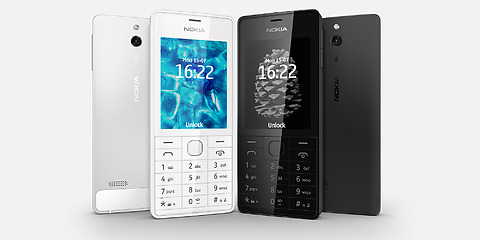 Are you looking for a Nokia Mobile phone with dual sim feature having superior quality design?  Finally your wait should get over now as Nokia has release Nokia 515. This new mobile phone launched by Nokia is a S40 series mobile phone and the best thing about it is that it is made out of  aluminium. This is definitely now a low budget mobile phone by Nokia but the price of Nokia 515 seems reasonable seeing the superb body. We will be going through some of the best features of Nokia 515.

Nokia 515 doesn’t only packs in an aluminium body but it has many other attractive features. 1. Self-portrait – Ensures that the pictures are taken properly and the person is within the frame.

There is Sequential Shots feature too available with the camera of Nokia 515. You will not miss out on good camera features with Nokia 515 which is definitely a plus point of Nokia 515.

Amazing Keymat – Polycarbonate resin has been used for the development of the keymat of Nokia 515.

Connectivity Features – You get Bluetooth and 3.5G HSDPA fast connectivity feature with Nokia 515. With the use of USB cable you can make use of Nokia 515 as the modem for 3G internet connectivity.

Even if you are in a very noisy environment there shall be no worry in hearing the ring of incoming call as Nokia 515 comes with HD Voice feature.

Easy Swap Technology – Dual sim feature of Nokia 515 comes with Easy Swap technology. This allows the users to change the sim easily even when Nokia 515 is not switched off.

Nokia has claimed that you can get very long standby battery time lasting up to 38 days with Nokia 515 (single-SIM model).