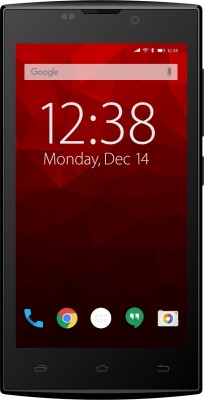 Looking for an Android smartphone with 1GB RAM within Rs 4,000? Nexian NV-45 which is now available online at price Rs 3,799 can be the perfect option for you. May be the increased competition between price range of Rs 6,000 to Rs 10,000 has made Nexian launch NV-45 as its first smartphone in India. Nexian NV-45 even if very affordable is provided with 4.5 inch display screen and it comes with a good rear camera of 5 megapixel. If your budget is around Rs 3,500 to Rs 4,000, then immediately go through each and every feature of Nexian NV-45. It may be a new company in India, but then too the good features and affordable price may make you go for Nexian NV-45. Quad Core Spreadtrum processor clocked at 1.2GHz powers Nexian NV-45. Itcomes with Mali 400 MP2 GPU. Many smartphones around the same price range come with 512MB RAM, while this Nexian smartphone comes with 1GB RAM. Internal memory of 8GB is provided by Nexian, while one can get external memory up to 32GB.

Even if price of this Nexian smartphone is very low, the camera features may provide you satisfaction as per the price. The rear camera is a 5 megapixel auto focus camera having Dual LED flash. The other camera features are Panorama, Scene Mode, Focus Mode, HDR etc. The front camera is a 3.2 megapixel camera.

3G, WiFi, GPS, micro USB and Bluetooth are the provided connectivity features. 1650 mAh battery is provided by Nexian which will allow users to get up to 7 hours of 2G talktime. A good thing is that battery is removable as many low priced smartphones come around the price of Rs 3,799.

Provided sensors are Gravity, Proximity and Light. The main Apps provided in this smartphone are WhatsApp, Quikr, Flipkart, NewsHunt etc.

Nexian NV-45 is available in 2 colors which are Black and Grey. Nexian may decide to launch many more affordable smartphone in India. Nexian’s goal seems to attract the young people who are looking for pocket friendly Android smartphones.

It will be increasing to see that whether Nexian NV-45 will get good demand in India as there are very few smartphones provided with 1GB RAM within Rs 4,000. Nexian is entering the Indian market for the first time and that too with this low budget smartphone. It seems that Nexian mainly wants to target the low price segment in India. Do you think that the very affordable price of Rs 3,799 will make it a good choice for those who have budget of Rs 3,000 to Rs 4,000.