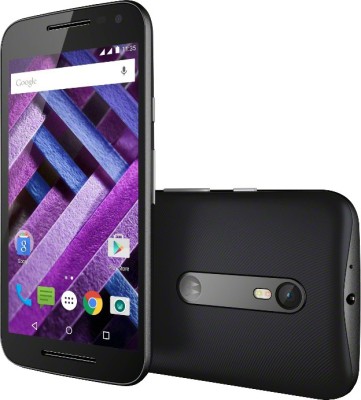 It is powered with 1.5GHz Octa Core Qualcomm Snadragon 615 processor which is a 64 Bit processor. It comes with Adreno 405 GPU. Motorola has provided 2GB RAM in this device even if some companies have launched smartphones with 3GB RAM at a lower price. Internal memory is of 16GB, while you can get external memory up to 32GB by making use of microSD card.

The camera features are decent enough and again the front camera is a 5 megapixel camera. The rear camera provided in Moto G Turbo Edition is a 13 megapixel camera with Dual Tone LED Flash also having IR filter and you’ll be able to do 1080p video recording using this camera.

The connectivity features provided in Motorola Moto G Turbo smartphone are 3G, 4G, WiFi, Bluetooth 4.0 and GPS. Battery provided in this device is a 2470 mAh battery having the turbo charging feature.

Remember that this Motorola smartphone is a dust and water resistant smartphone as it has got IP67 rating.

– IP67 Rating which makes it dust and water resistant.

– Turbo Charging feature to charge smartphone faster. The 15W Turbo charger will provide you with usage up to 6 hours by charging it for 15 minutes only.

It is now available online in 2 colors which are Black and White. Many people were waiting from long time to purchase this device and hence make the decision immediately as Motorola smartphones always get good demand. If you won’t purchase it soon, then you may find that it has gone out of stock. Don’t forget to check out the offers mentioned below.

The below mentioned offers are available only for those who’ll buy this smartphone using the App.

3. Exhange offer up to Rs 6,000 is available on Moto G Turbo smartphone.