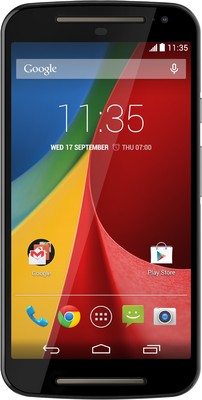 First Gen Moto G had got 4.5 inch display screen, but Moto G (2nd Gen) smartphone has got display screen of 5 inch which is definitely an impressive thing. Increase in display screen size by 0.5 inch is something which may make many people go for this 2nd gen smartphone.

When it comes to processor and RAM, there is no difference between the first Gen and second Gen smartphone. Both come with 1.2GHz Qualcomm Snapdragon Quad Core processor and 1GB RAM which shall provide satisfactory experience. Why Moto G (2nd Gen) is better than first version of Moto G?

The demand for smartphones has really increased in India. Smartphones like Xiaomi Mi3 and Xiaomi Redmi 1S are been sold by the way of flash sales, and then also many people are still unable to buy Xiaomi smartphones. Even some of the Asus smartphones seem to be out of stock. As Moto G (2nd Gen) smartphone has just arrived, it may be the right time to purchase this smartphone as it is expected that this smartphone may also go out of stock very soon.

I hope that after reading this comparison between Moto G and Moto G (2nd Gen) smartphone you would have got good idea about what is the difference between both the smartphones. Motorola must be hoping that the new version Moto G will also get the same demand and success like the first Gen version of Moto G smartphone. We can definitely expect to see 3rd version of this smartphone getting launched by Motorola in future.